The window that was broke open by the prisoner. Image; DC

Coimbatore: The Coimbatore police have launched a massive search for a 30-year-old prisoner who escaped through the toilet window of the Government hospital here in the early hours of Tuesday where he was admitted for treatment.

Police said, Selvam of Athur near Salem was arrested and lodged at Coimbatore central prison in connection with a clash that happened three months ago.

Strangely, on October 6, Selvam had attempted to commit suicide by consuming mosquito pest at the prison premises and was admitted to prison ward at Coimbatore Medical College and Hospital (CMCH). 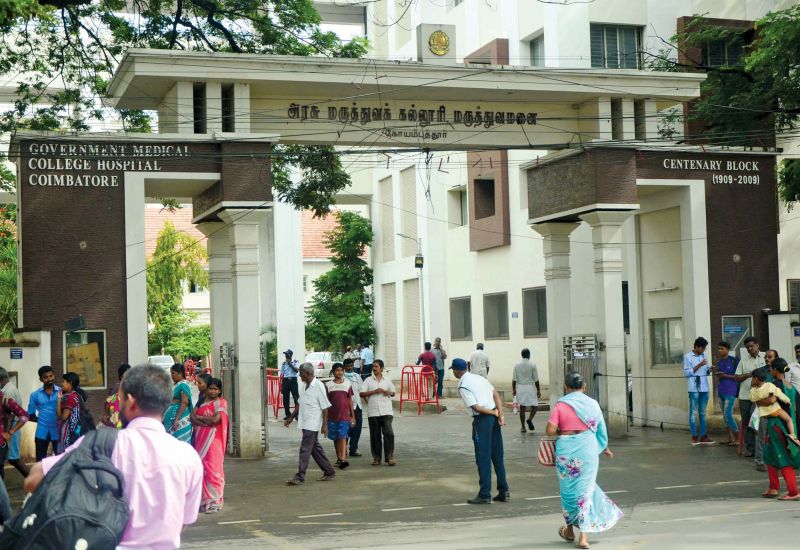 While being treated there, Selvam again attempted suicide by slitting his wrist vein. However, doctors rescued him and shifted him to ICU with police protection.

Meanwhile, in a dramatic turn of events in the early hours of Tuesday, Selvam had entered the rest room inside the hospital after getting the permission of Saravana Kumar, the policeman on duty.

Despite waiting outside for more than 15 minutes Saravana Kumar under suspicion, knocked the toilet door and as there was no response, he entered it by breaking open the door. He was shocked to see the toilet window broken and Selvam had gone missing. The remand prisoner had apparently jumped out and fled.

A complaint has been lodged and further investigations are on to nab Selvam who is on the run.

Krishna water dispute: AP not for mediation, CJI refers case to another bench

Madras HC orders notice to EC on pleas challenging election of Duraimurugan, others