Marriage made in heaven: Surya and Ishan become first trans couple of Kerala

DECCAN CHRONICLE.
Published May 10, 2018, 5:26 pm IST
Updated May 10, 2018, 5:42 pm IST
Surya and Ishan, a transgender couple from Kerala got married under special marriage act on Thursday at Mannam Hall in Thiruvananthapuram.

Thiruvananthapuram: In a first, a transgender couple from Kerala got married under special marriage act on Thursday with the blessings of families from both the sides attending the grand function at Mannam Hall in Thiruvananthapuram.

According to reports, 32-year-old Ishan, who was once living as a man trapped and underwent gender reassignment surgery two years ago and announced wedding to well-known trans activist and television anchor Surya in April.

Ever since the couple announced their wedding, the transgender community in Kerala has been in celebratory mode. 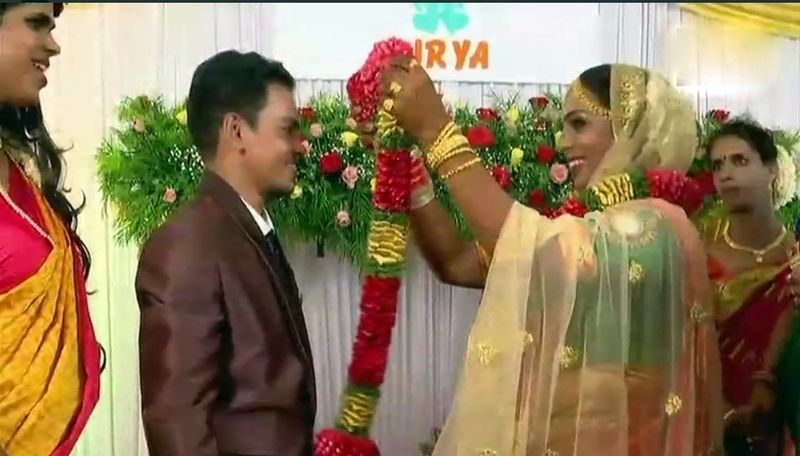 The marriage of Ishan and Surya comes as a victory in the face of the trauma and humiliation many from the marginalised community continue to go through in the country.

Members of the Transgender Justice Board, Ishan and Surya, nurtured their years-long friendship into love and now, into marriage.

Ishan met Surya six years ago at an event and they have been dating since then.

The marriage witnessed presence of many eminent personalities and activists from across Kerala including LGBTQI+ rights activist and actor Sheethal Shyam, TN Seema, dubbing artist Bhagyalakshmi, Kadakampally Surendran, who is the Kerala minister for co-operation, tourism and Devaswom, Mayor V K Prasanth, among others. 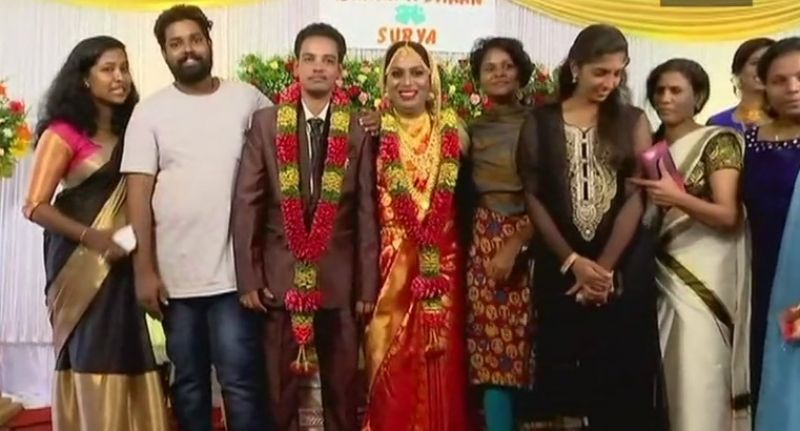 While Surya, who successfully underwent sex-change operation in 2014, is preparing for her Class 10 examinations under Kerala State Literacy Mission, Ishan, is a Class 12 student.