The incident took place at 7 am in the morning when the crane lost its balance. (Photo: DC)

Hyderabad: A crane carrying an Air India aircraft lost its balance and crashed near Begumpet airport in Telangana on Sunday morning, no casualties have been reported. 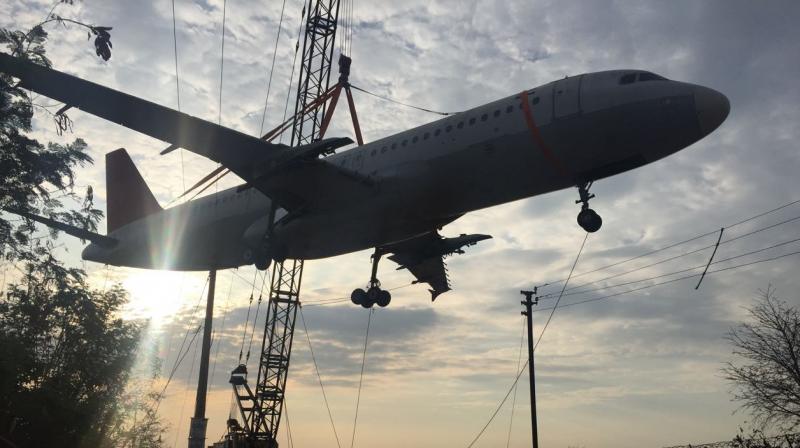 According to a top police official, the aircraft was empty and was being taken to a hangar for training purposes. The incident took place at 7 am in the morning when the crane lost its balance and crashed on the compound wall of Hitech club near Tirumala Tirupati Devasthanam school at the old airport road in Bowenpally.

"An old hull stationed at Old Begumpet airport (Hyderabad) was being moved from Air India hangar for training purpose," said a statement released by Air India on the incident.

Air India further said that while the hull was successfully taken out of airport the crane later gave away making the aircraft unstable.

Congress to corner Centre on China