The 1200 AD Pillalamarri tree in a bad shape.

Hyderabad: In the good old days, the Pillalamarri tree, said to be the world’s second  largest banyan, could seat over 1,000 people under its wide and many-branched largesse.

Today, visitors are not allowed in and around the tree. It can only be seen from a distance. The tree, known to be around since 1200 AD, is in such a bad shape that forest officials have hooked it to hundreds of bottles of diluted insecticide after standard treatments failed.

Forest officials say termites and misuse by visitors are to blame for its  current state. Diluted chlorpyrifos was also poured around the tree’s roots to revive it.

This is not the first the tree has been treated for termite and fungal infestation. Shooting chemicals into the stem, earlier, did not help stem the tree’s rot, so another chemical infusion is being given drop by drop.

All this has taken a toll on the tree. 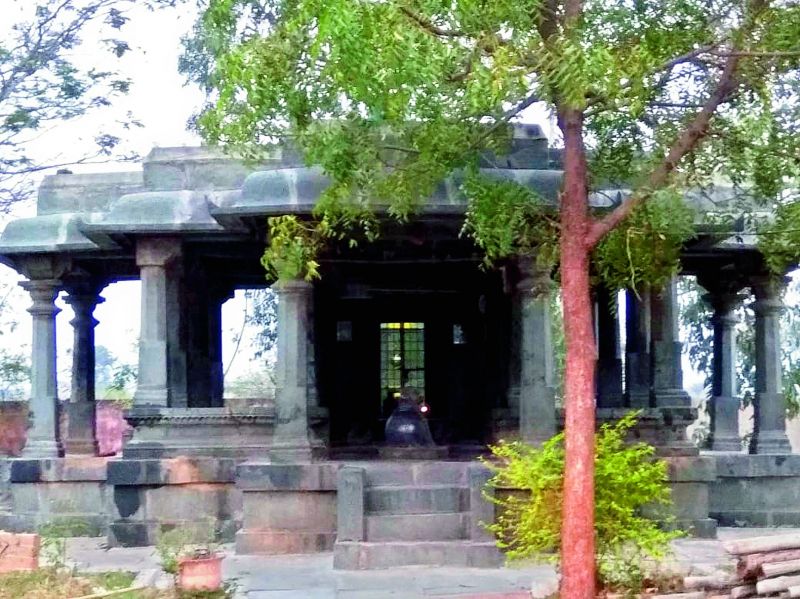 Earlier, people would enjoy picnics under the tree’s branches. They’d walk around its branches or climb them to take photographs as many tourists still do.

Today one cannot touch or feel the tree, or stroll under the branches or swing from its roots. The few people who hang around the tree now are  actually there to push away visitors.

The site is out of bounds for  tourists, unless one can convince the district collector that he or she has a magic potion to revive this dying behemoth. In fact, there were just two visitors the day we visited the tree.

And now, when the tree is practically dying, the authorities have built a  little watch bridge, which one can climb to look at the tree, and pray for its good health.

The other problem for the tree is lack of water. One borewell does not work at all, while the other is used sparingly. Mahbubnagar as a district has water issues, especially in this part.

The Pillalamarri banyan tree is situated at the edge of the Eravalli thanda. Pillala means children and Marri means banyan tree. Read together, it is the banyan tree with children. 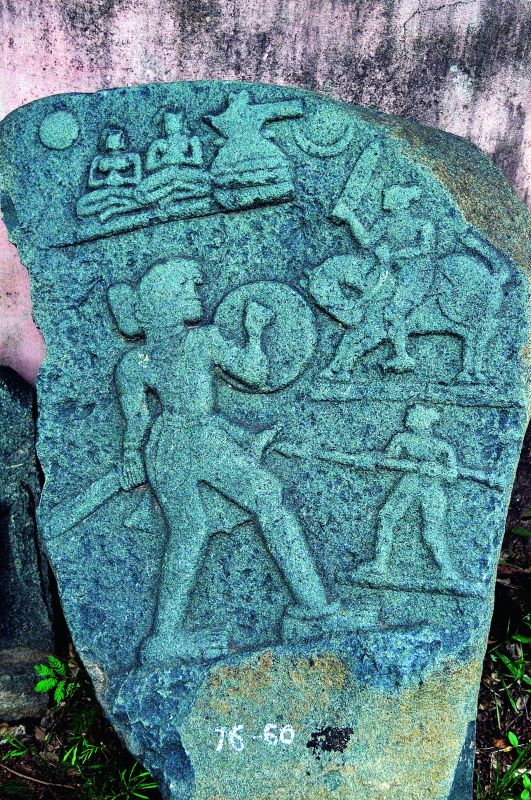 A carving on a stone near the temple representing Shiva of Srisailam jungle and women armoured.

According to a report, these are also known as “strangler figs”, because they grow on another plant before enveloping the host in its roots. From afar, the tree looks like a huge umbrella, capable of protecting people from both the sun and the rain.

There are tombs of two Muslim saints, brothers Jamal Hussain and Kamal Hussain in the vicinity. Some believe the tombs are under the tree, but the shrine is at a slight distance from the tree and there is a separate entrance to it. Many faithful come here and cook food in celebration. All these years of cooking have harmed the tree in various ways.

Many faithful believe the tree was earlier named “Peerulah” after the Muslim saint.

There is also a beautifully reconstructed Sri Rajarajeshwara temple on the premises. The temple was transplanted here from Erladine on the left bank of the Krishna river.

A board there says the village was about to be submerged during construction of the Srisailam reservoir when the state archaeology department dismantled the temple and moved it to the Pillalamarri complex in 1981.

In 1983, the temple was reconstructed on a new foundation. It was originally built in the 16th Century in an architectural style distinct to the Vijayanagara dynasty that ruled in the area. There is also a two-room museum, one housing a collection of sculptures and the other coins, tools, pottery and other such items. These artefacts date back to the 6th century and were transported from Poodur, Gollathagudi, Kalwakol, and Vaddeman in Mahbubnagar district.

From the look of the infrastructure, including the rooms on the premises, it seems like it was built for visitors. But a canteen and the museum remain closed, while all kinds of men walk around rattling their keys.

The 800-year-old tree has multiple branches, which in turn has more branches. The tree has spread out on three-and-a-half acres and the branches do not look like the usual branches. These are more like trunks, burying themselves deep into the earth, probably getting their sustenance from there. Apparently, the site cannot be declared a biodiversity heritage site as it is in a reserve forest, but the forest department seems to have woken up to the idea and plans to give it a heritage tree tag and conserve it.

Electricity staff to keep off work

Errabelli brother quits TRS, may head to the BJP