A rescuer with a sniffer dog during search operations for bodies of soldiers hit by an avalanche, in Siachen on Tuesday (Photo: PTI)

Hubballi: The family of Lance Naik Hanumantappa Koppad was woken up at 2 am Tuesday by the people of their village in Kundagol taluk, rushing to tell them the good news that he had been miraculously rescued six days after he was buried alive under 25 feet of snow at the Siachen Glacier.

The village which had been plunged into gloom since February 3 when the avalanche hit the glacier, burying the soldier under snow, celebrated as television channels broke the news of his rescue. Sweets were distributed and relatives and several elected representatives rushed to his house in the village to inform his family about his safe return.

The family, which had spent several sleepless nights, was overjoyed. But it proved too much for the Lance Naik’s wife Mahadevi,  who fainted on hearing the news.

All six members of the family left Betadur village for Goa in the afternoon and were expected to fly to New Delhi from there to see Hanumantappa, who is under treatment in the capital. Kundagol legislator C.S. Shivalli made special arrangements for their trip. District in-charge minister Vinay Kulkarni said the state government will help the family in every way possible. 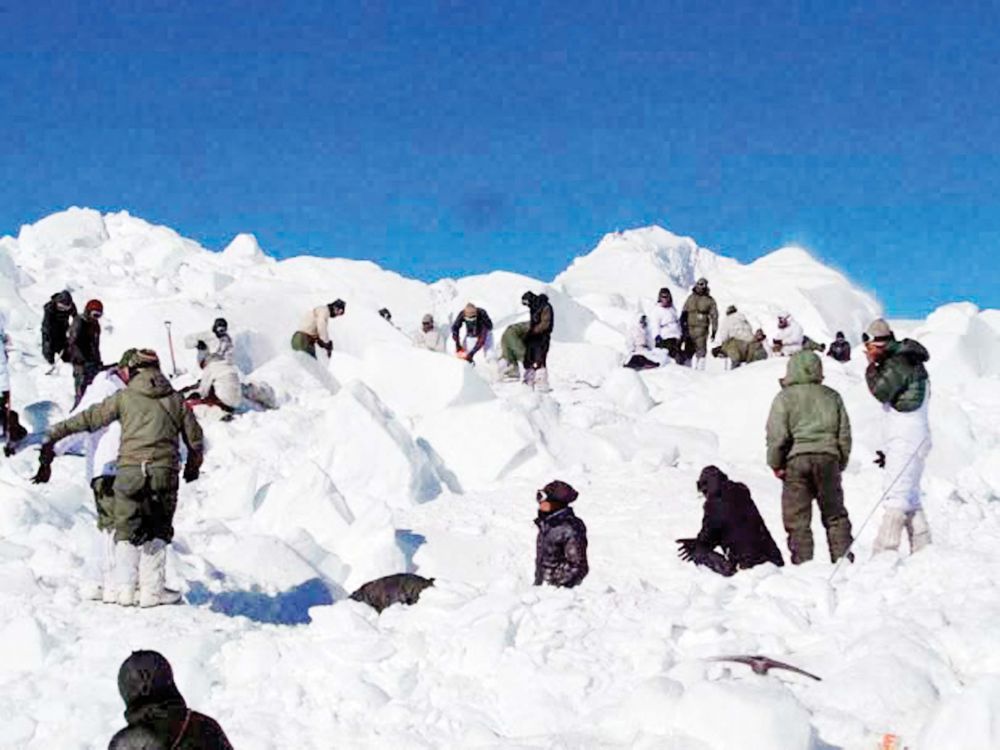 Rescue teams carry out a search operation for the soldiers buried by an avalanche, in Siachen on Tuesday (Photo: PTI)

Hanumantappa , who joined the Army after much effort and attending several recruitment rallies, was keen on his Siachen Glacier posting despite his family’s fears over his safety.

“My son was serving in the Siachen Glacier for the last six months. I was against it, fearing for his life. But he continued to work there as he is keen on taking on such challenges for the country. Now we are proud of him and see him as a son of the nation as he has served the Indian Army for 13 years,” said his mother Basamma, who never gave up believing that  he was alive.  The family, which had prayed hard for his well being, believes God has heard their pleas.

Flood of devotees at Kanaka Durga temple for Dasara