Garbage is being dumped in front of the Sri Maheswari Vid-yalay High School, Kab-utar Khana in Puran-apul. Due to this several school children are falling sick. In the interest of the children, the garbage dump should be shifted elsewhere. I request the authorities to take action.

Pargi drain cause mosquito breeding
Through Deccan Chronicle, I would like to draw the attention of the authorities to the unhygienic conditions in our locality. I reside in Market Yard colony, Pargi, Vikarabad district. Adjacent to our colony, there is a main drain which runs through all colonies of Pargi town. It is filled with garbage, waste plastic and filthy plants as well as rodents. Hence, the water is not flowing properly, and it is stagnated in the main drain. Due to this, mosquitoes  which causes several diseases are breeding. We, the members of our colony, request the municipal officers concerned to take an initiative and clean up the drain to allow free flow in the drain water. Locals will be relieved of a lot of nuisance.
— N. Sreenivasa RaoPargi, Vikarabad 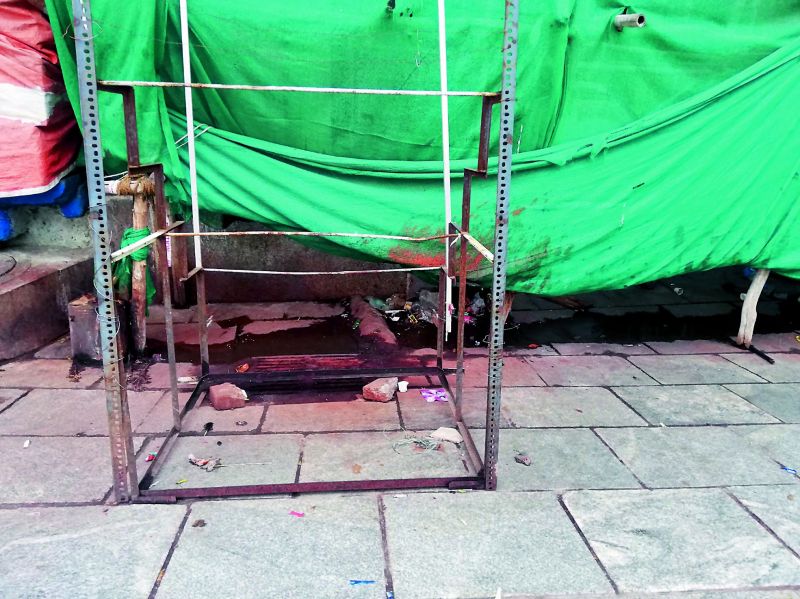 Make way for ambulance
Many a time, I have noticed ambulances stuck in traffic jams. It is very bad to see because every second is vital for the patient while on the way to hospital. The attitude of the commuters remains a big hurdle for the ambulances. Foreign countries have a separate lane marked for ambulances to pass smoothly. I request the government to see to it that it is done in the city as well. This is the need of the hour. The lives of several patients can be saved.
— D. Manoj Kumar, Preeti Agarwal

Clear Kukatpally garbage regularly
Collection of garbage is done once or twice in our colony. The GHMC workers object if the quantity of garbage is large. Since the workers  don’t come regularly, all the residents in the area have made it a habit to throw garbage in the vacant plots near their houses. They don’t even bother to answer if we ask him to collect garbage on a daily basis. I request the authorities to look into the issue immediately and ensure littering is checked and resolve the mosquito menace.
— Shilpa Sunkada Vasanthnagar Colony, Kukatpally 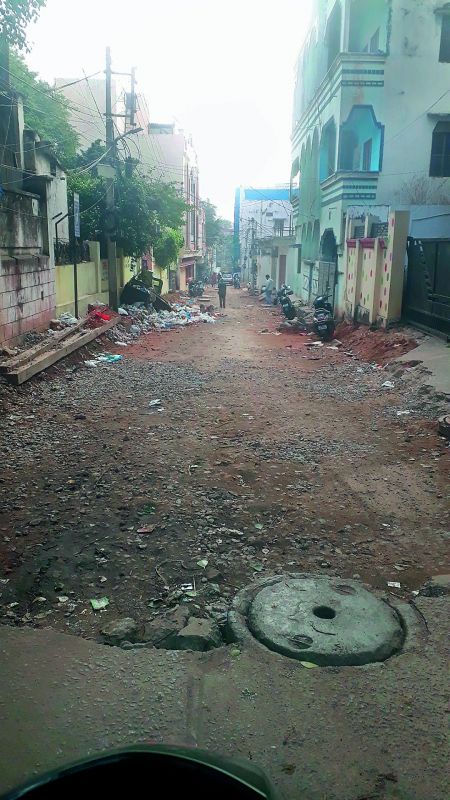 U-turns are meant to avoid traffic signals and keep the traffic moving, albiet a bit slowly, rather than jamming traffic. However, it  has to be seen whether U-turns are serving their purpose. The location of the U-turn is of high importance. The U-turn near Nagole X roads is a good example.

Despite the flyover construction work, traffic is fairly managed. However, there are umpteen examples of the location of U-turns going wrong across the city. Some of them are SP Road (opposite Anand Theatre), Tarnaka  (opposite State Archives), Tarnaka (opposite NIN), Rail Nilayam (near BP pump).

Two main problems from these U-turns. One, most of the U-turns are located near an opposite road (right before U-turn) and at least 20-30 per cent of the people taking the turn want to go to extreme left of the road immediately thus halting the traffic.

Second, after or before the U-turn, people tend to come on the wrong side to save a few metres / minutes of travel. the ones at Tarnaka are a perfect example. All through the day, you can see people going on the wrong side before or after the U-turns. These cause are dangerous and cause traffic jams.

This slows the traffic and defeats the purpose of U-turns. I request the authorities to do a study and locate the U-turns at strategic places. Take public opinions. They are the users and will offer the best suggestions.
— Pradeep Kumar Hyderabad 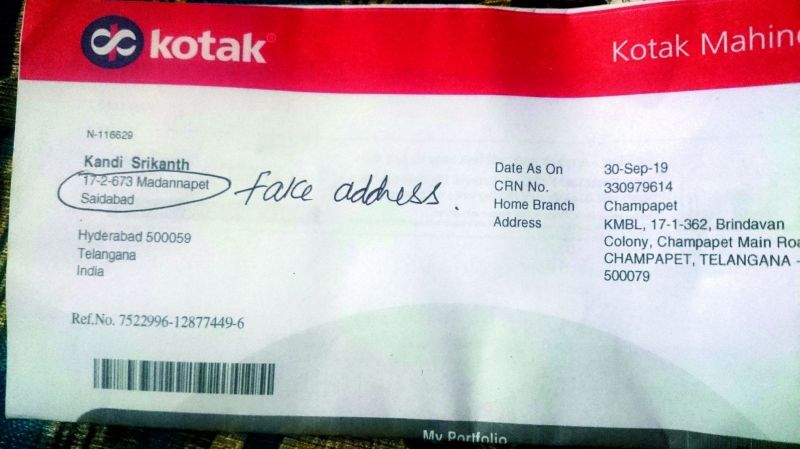 100% bio-plastic is need of the hour
It is horrible to see poisonous (plastic) waste thrown on roads. It is further horrifying that animals are consuming the waste, resulting in various diseases. Also soil, water and land are getting poisoned. The solution is to have separate waste bins for synthetic plastic waste.

Second, make bio-plastic bags, containers (made from sugar cane, corn, vegetables) mandatory in Hyderabad. Plastic should not be disposed of by burning in incinerators, as it produces harmful gases, adding to the pollution woes and further leading to disasters due to global-warming, climate change. 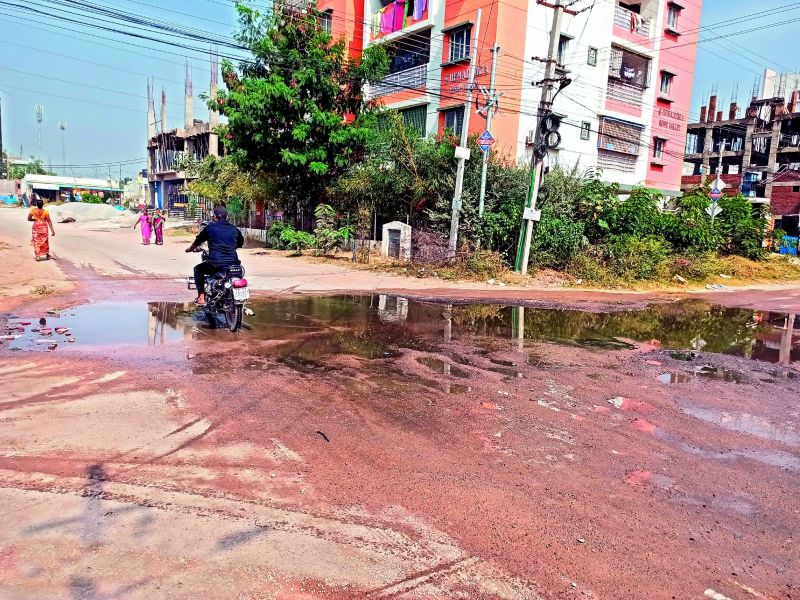 Urdu not a priority for government
Despite Urdu being the second official language of Telangana state, it is being ignored by the authorities. This recently-erected signboard at the KBR Park proves it. Previously, the board had text in Urdu in addition to Telugu and English. This time around, they simply ignored Urdu on the new board.
— Syed Maqsood Banjara Hills

While purchasing them, I had submitted a duplicate of Aadhaar card and other documents. Why I am I asked to submit it yet again even for encashment?

The post office has to refund the amount by cheque or cash. Being asked to submit Aadhar is only giving trouble to encashers.  I request the authorities of head post office to clarify on this point as to why Aadhaar card is being asked even for encashment.

After all, in banks, we don’t face such problems and the refund will be made by cash or cheque as per income-tax rules without delay at the time of encashment and one need not submit a copy of the Aadhaar card at the time.
— Katuru Durga Prasad Rao

Construction work on new road hasn’t started
Recently a road was dug out as part of the road relaying works near Frobles High School in Bazaar Ghad. But, the works haven’t begun yet, causing inconvenience to the locals and the school children. Besides, accidents have become a norm due to the poor state of roads. It is therefore requested that attention be paid to this.
— Syed Shamsuddin Bazaar Ghat

Wrong address registered with Kotak
This is to bring to the notice of authorities the misuse of Kotak Mahindra Bank’s virtual account facility. Last month, I received a bank statement of one Kandi Srikanth. I approached the local post office and submitted it saying the account was registered on the wrong address. To my surprise, it was re-delivered to my address the next day. I approached the Champapet branch and informed the executive and the manager, only to get a rude response. They went to the extent of daring me to approach the police. When the executive made a call to the account holder to check whether the registered address was right, Srikanth approved of it. I have no idea how to resolve this issue.
— Mohammed Sharif, Saidabad

Masjid maintenance work staining holy aura
This is the historic Mecca Mosque whose main door is now completely covered by the pan and gutka stains. These are the people who are doing business in front of the mosque main door. I request authorities look into the matter.
— Syed Hameeduddin Quadri, Hyderabad

Garbage dump near school
Garbage is being dumped in front of the Sri Maheswari Vid-yalay High School, Kab-utar Khana in Puran-apul. Due to this several school children are falling sick. In the interest of the children, the garbage dump should be shifted elsewhere. I request the authorities to take action.
— Yogesh Sonu Jain

Cheating in petrol stations unabated
Consumers are being cheated by operators at petrol bunks. These bunks are supplying fuel in lower quanties, by up to 10 to 20 per cent. Despite the civil supplies authorities being aware of this, they are reluctant to take any action against the errant petrol bunks.

To protect myself from the cheating, I used to buy petrol in a standard five-litre container and fill it in my car. My vehicle used to give the correct mileage when I did this. Of late, the government has banned filling of petrol in plastic cans.

This has come as a blessing in disguise for fuel station owners. Now, it became easier for them to cheat customers as the quantity supplied cannot be measured easily.

We are forced to  believe that the petrol is delivered in the quantity that the meter indicates. In this regard, I have a few questions for the government: Petrol is freely sold in the open market and by road side vendors for an extra charges. How does the government plans to ensure that no untoward incident happens in the future with petrol purchased from these sellers? Is the government willing to protect the rights of consumers? Should they not get the right quantity of fuel at the right price? Is the government not aware that most petrol bunks hide in their unit, an electronic chip which allows lesser outflow of petrol  than what is shown by the delivery unit? If a vehicle abruptly runs out of fuel while on the move, what is the solution? If a person wants petrol for a criminal act, is it impossible to take petrol from the vehicle?

The decision taken by the government was short-sighted while not considering repercussions. Instead, the order should  be amended, making sale of petrol in plastic bottles by showing an ID proof, for which a cash bill should  be generated.

The consumer’s endorsement should be produced to the authorities when needed. Let a better society prevail.
— Ch. Seshagiri Rao Anajpur (v), Adbullapurmet

Speed breakers damage vehicles on Necklace Rd
Civic authorities have fixed plastic speed breakers on Necklace Road, in an attempt to prevent youth from racing bikes. The speed breakers are very tall and some of them strike the bottom of cars. I have seen motorcycle riders losing balance while crossing them. They are making an evening ride difficult. Their height should be reduced.
— S. Neelima Chikkadpally

Finish road work fast on Jubilee Hills Rd 46
We would appreciate your support to urge the GHMC for speedy completion of the road under construction on Jubilee HIlls Road No 46 in front of CBI Residential Colony. We have schools and colleges and access to them has become extremely difficult since the road works has been undertaken.
— Keerthi N. Char, Meenakshi Dewan, Plot 902, Rd. No 46 Jubilee Hills

Grievance closed sans solution by GHMC
Deccan Chronicle is doing a great job in publishing civic issues on Speak Out. I would be grateful if the authorities take up the issue of drainage overflow in our locality in Masjid Banda, Kondapur. We have aired the grievance on the GHMC App in November and yet, the issue remains unresolved.

The grievance was closed twice without a response.
— Pradeep Chigale Kondapur

Water stagnation in Miyapur
Since last month there has been leakage in drainage pipe and as a result, there is an issue of stagnant water behind Aliens Elite, Prashant Nagar, Miyapur. This has led to mosquito breeding and is causing health hazard as dengue is on the rise in the city.

I request GHMC authorities to take this issue on  priority and ensure action is taken immediately. Thank you Deccan Chronicle for taking up civic issues in the city.
— Bidhan Roy Miyapur