Lunavada (Gujarat): Prime Minister Narendra Modi on Saturday accused the Congress of misleading the Muslims of the country by giving them 'fake' promise of reservation while addressing an election rally in Gujarat's Lunavada.

"In every part of the nation, the Congress has misled the Muslim community. They have made fake promises of reservations for Muslims but in no state have they fulfilled their promise," Modi said.

Modi also attacked Salman Nizami, a Youth Congress leader, over his tweet where he questioned the family background of the prime minister.

Prime Minister Modi said, "I want to tell all Congress leaders who are abusing me, mocking my poor family, asking who my parents are. This nation is my everything. Every moment of my time is devoted to India and 125 crore Indians,"

"There is a youth Congress leader Salman Nizami. He is even campaigning for Congress in Gujarat. He wrote on Twitter about Rahul Ji's father, grandmother. That is ok but he asks - Modi tell me who is your Mother, who is your father. Such language can't even be used for enemies," he added. 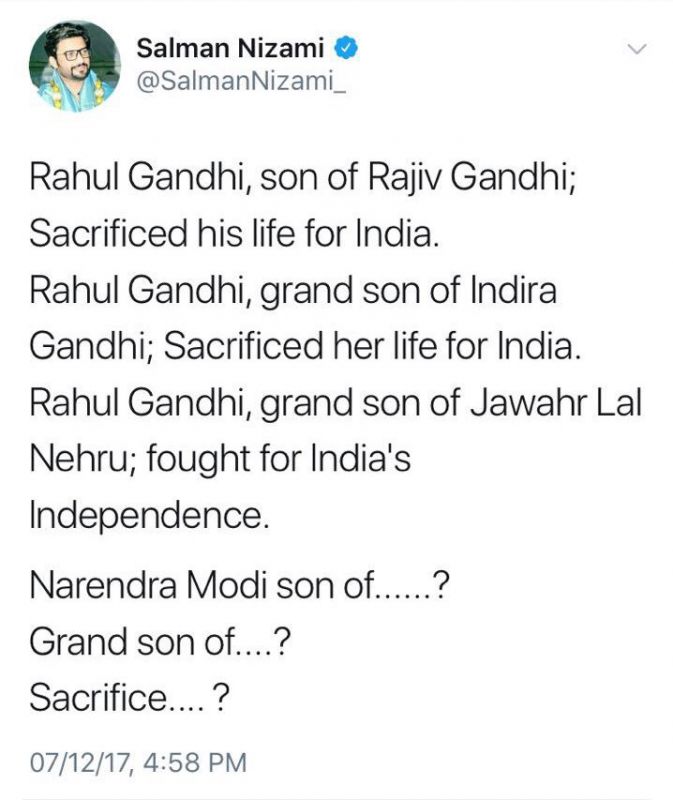 As the voting for the first phase of Gujarat assembly polls took-off this morning, the Bharatiya Janata Party (BJP) has been canvassing for the public's mandate by berating every attack made by the Congress Party, especially over Prime Minister Modi's humble beginning.

BJP leader and spokesperson Sambit Patra also said Prime Minister Modi was the son of India, and that the Congress Party was trying to insult the son of the soil.

Bill to repeal three farm laws gets approval by Cabinet