Raipur: The BJP government in Chhattisgarh on Sunday transferred an IAS officer following his comments about the late Jan Sangh leader Deendayal Upadhyaya on a social networking site.

A senior official of the state government said that the officer, Shiv Anant Tayal, who was the CEO of Kanker Zilla Parishad, was transferred to the state Secretariat.

BJP is currently celebrating the birth centenary of Deendayal Upadhyaya.

Mr Tayal, a 2012 batch IAS officer, had posted a critical comment about Upadhyaya's contribution on Facebook on Friday, after which, BJP leaders demanded action against him. 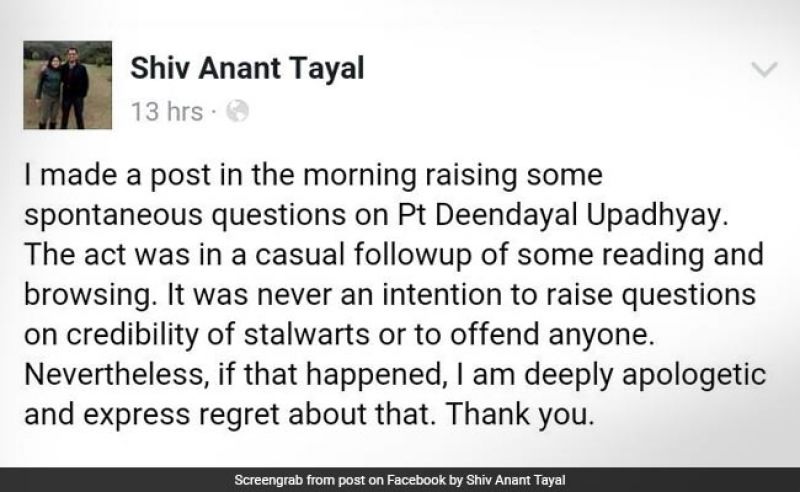 However, he had later expressed regret on the same networking site over his post.

"The government is going to issue him a show-cause notice regarding the Facebook post," the official said.

Kharge talks tough on accountability from 'top to bottom', Cong plenary in Feb

Dropping of weapons through drones in Jammu area: Less number of incidents reported