Thousands of Ganesha idols immersed in Bay of Bengal

Chennai: More than 2,300 Lord Vinayaka idols - worshipped in different parts of the city since Vinayaka Chathurthi was celebrated on September 2 - were taken in processions and immersed in the Bay of Bengal at Foreshore Estate and other beaches on Sunday.

The beating of drums and dancing by devotees to a variety of devotional songs marked the processions that stretched to several kms across the city. The idols from Chennai, Kancheepuram and Thiruvallur districts were immersed at six different places. A majority of the idols were immersed in the sea off Foreshore Estate, many being lowered into the sea with the help of cranes. 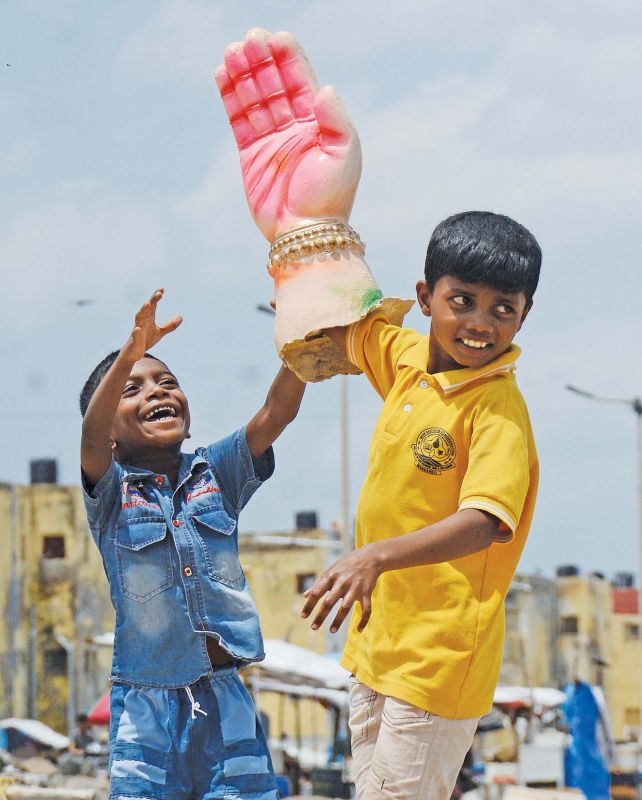 City Commissioner AK Viswanthan deployed 20,000 police personnel to prevent any untoward incidents in view of the religious processions. The Commissioner himself reviewed the security arrangements on Sunday. 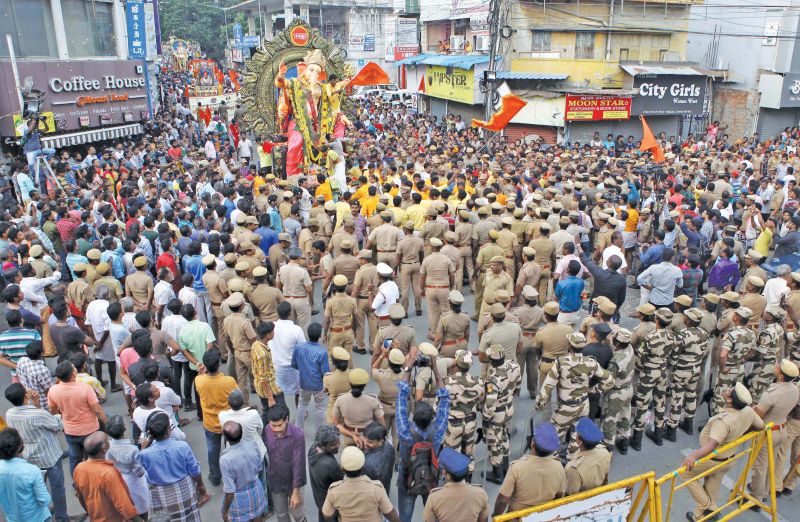 A group of New College Students, Royapettah garlanded Lord Vinayaga idol kept opposite Royapettah Government hospital Mortuary on Sunday. In an effort to promote communal harmony the students took part in the puja before the idol was taken for immersion. Senior police officials and local residents also took part in the programme. (Photo: DC)