Ganapati never told he was a cop: Lodge staff

Mysuru: “Madapanda Kushalappa Ganapati booked a room around 10.30 am on Thursday, but did not inform us that he was a police officer,” said one of the employees, who wished not to be identified, at Vinayaka Lodge in Madikeri on Friday.

“He asked if there was a fan in the room. He saw room No. 315 on the third floor and booked it. He wrote his name, landline and mobile phone numbers in the ledger. He also mentioned the name of his village as Rangasamudra and father’s name as Kushalappa. Around 11 am he walked down in a police uniform and took an autorickshaw,” he said.

Sources at TV 1 Kodagu News said, “He arrived at our office around 11.15 am. He told us that he wanted to record his statement. Staff of BTV and ETV too were at our office and all three of us switched on the camera. There was no interview from anybody. He went on with his statement for one hour and 45 minutes. He left around 1.25 pm. He never mentioned that he would commit suicide. All through his interview, he explained how he was harassed and how he was under pressure. He even shared how he was not given an executive posting. He spoke about the encounter case of one Prashanth, when he served in Yeshwanthpur police station, his suspension over corruption charges when he served in Rajgopalnagar police station in Bengaluru. He also mentioned about an FIR filed against and an assault on him during the church attack in Mangaluru. ETV and BTV started telecasting his statement from 3 pm. He only made charges against the home minister and two senior police officers, our focus was on that. There was no question of us informing Police,” they said.

Lodge sources said, “Mr Ganapati returned in an auto between 1.25 pm and 2.15pm. He went up to his room and locked it. Around 7 pm, policemen, who came to our lodge, went to check the room. They knocked, but he did not open the door. They peeped through the window and saw him hanging. Only then we got to know about his death. Around 2 am on Friday, his brother DySP Thammaiah, father Kushalappa and others arrived and then the room door was broken open. The body shifted to the mortuary around 3 am.”

He said, “Ganapati has written a death note. Based on that, a fair and unbiased investigation has to be conducted by a competent agency. The truth should come out. I heard that Ganapati was an efficient officer. His death is a loss to the system. The government should think and take decisions.” 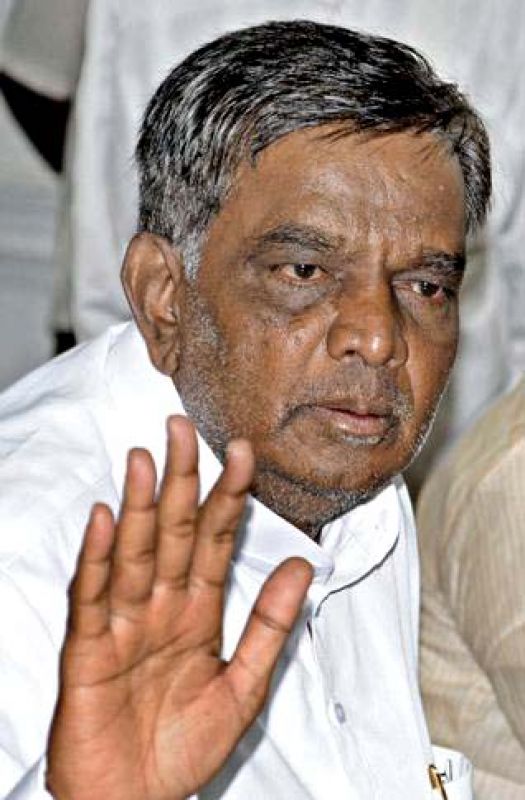 Advising officers not to resort to the extreme step, he said, “Officers should not lose their self-esteem. You have higher officers to share your problems with.

“If you are not getting justice from them, come to people’s representatives. If you commit suicide, it is a great loss to society. If sincere officers take such decisions, what about others?”

Quad moving ahead with a constructive agenda for Indo-Pacific: PM Modi