Army personnel during an anti-militancy operation aimed at targeting militants who have been hiding and striking against security forces, in South Kashmir’s Shopian district. (Photo: PTI)

The Indian army patrol, whose two members were beheaded by Pakistani special forces on Monday might just have walked into a death trap laid by the enemy.

The incident in Krishna Ghati sector along the Line of Control in Jammu and Kashmir occurred when a joint team of the army and BSF had gone to check the veracity of an Intelligence report that landmines had been planted by Pakistani troops on the Indian side.

As they were looking for landmines, the patrol was taken by surprise by Pakistan’s Border Action Team (BAT) which had laid an ambush over 250 metres deep inside the Indian territory.

While the Pakistani troops attacked two forward posts with rockets and mortar bombs, the BAT personnel lay in wait for their targets. The Indian army patrol too came under fusillade of gunfire, resulting in the death of two soldiers. 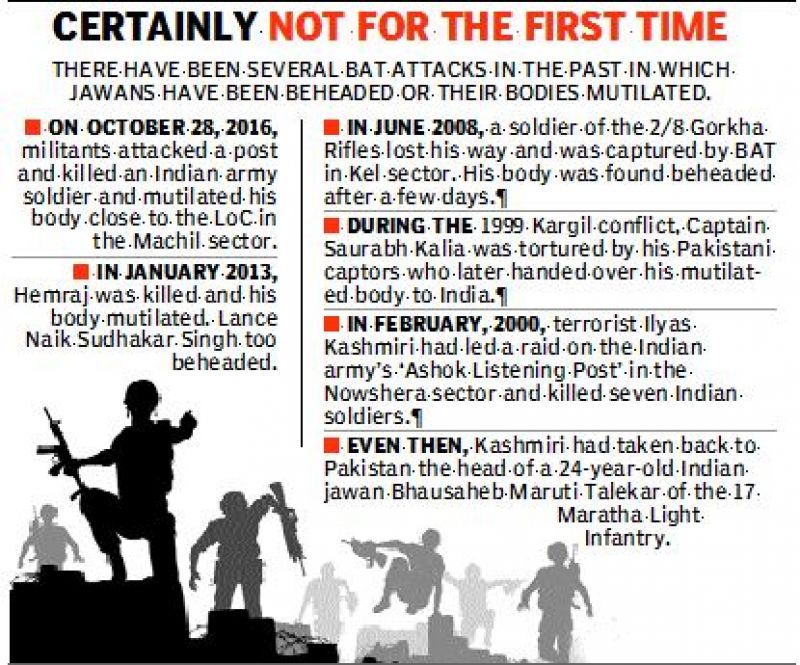 Head constable Prem Sagar of 200th Battalion of the BSF and Naib Subedar Paramjeet Singh of 22 Sikh Regiment of the army were killed and their bodies mutilated. The BAT is specifically employed for trans-LoC action.

In Pakistan, the SSG (special services group) forms the core of BAT. Its primary task is to dominate the LoC by carrying out disruptive actions in the form of surreptitious raids.

Skirting a volley of questions on whether and when the Army would respond, Gen. Rawat said, “We don’t talk about future plans beforehand. We share details after execution,” Gen. Rawat said after attending a book release organised by the United Services Insti-tution, a defence think tank.

Expressing regret over the insufficient funds allotted to meet India’s defence needs, Gen. Rawat said in his USI address, “There is a general thinking among some people that expenditure on defence is a burden... but we need to appreciate that defence and economy go hand in hand.

Plan to reopen schools from July 1 not final: Govt to HC