DECCAN CHRONICLE. | COREENA SUARES
Published May 9, 2017, 3:48 am IST
Updated May 9, 2017, 9:09 am IST
The explosion brought down the first floor but the remaining four levels were left leaning dangerously.

The bid by GHMC to ‘implode’ a building at Sunnam Cheruvu near Madhapur in the city failed on Monday.

Hyderabad: The GHMC’s first-ever attempt to blow up an illegal building using implosion technology flopped on Monday. The explosion brought down the first floor but the remaining four levels were left leaning dangerously. The civic body has now decided to manually demolish the building.

Despite the failure, minister K.T. Rama Rao sent out a congratulatory tweet. The illegal building was being built on Plot No. 22m SIET Colony, in Guttala Begumpet, owned by one Raj Shekar Reddy from Kadapa, Andhra Pradesh. The method included strategic placing of explosives on the stilts and timing their detonation so that the structure collapses on itself within seconds, minimising damage to the surroundings. 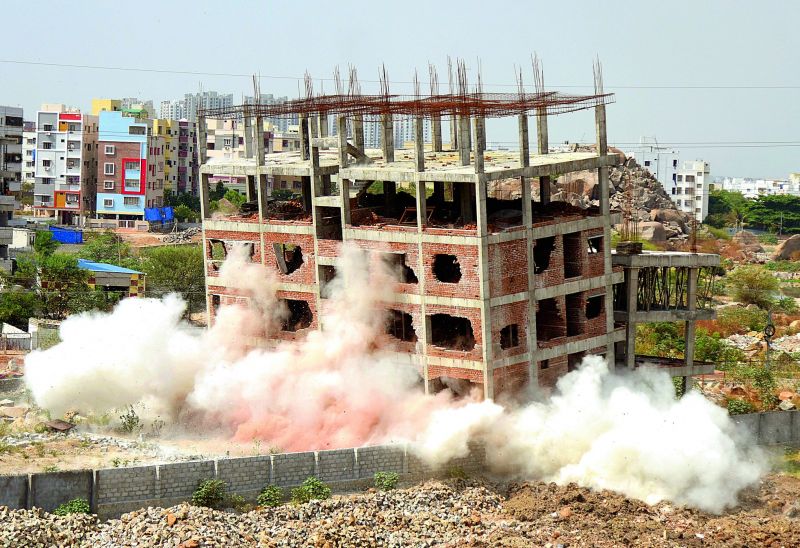 A thick cloud of dust envelopes the lower half of a building at Guttala Begumpet, where the GHMC attempted to implode an illegal structure.

On Monday, the work started at 9 am and packing of the explosives was completed at 1.40 pm. The implosion was set for 2.15 pm. After a big blast, the building was meant to collapse like a pack of cards, but just the stilt floor collapsed. The GHMC has asked JNTU’s professor of civil engineering Dr Ramana Rao to look into the matter.

Speaking to this newspaper, Dr Rao said, “An implosion is carried out with zero impact to the neighbouring buildings. The GHMC workers should have drilled and fitted explosives on all four sides. But keeping in mind the building next to it, they left out the part facing the neighbouring structure which led to a partial collapse.” 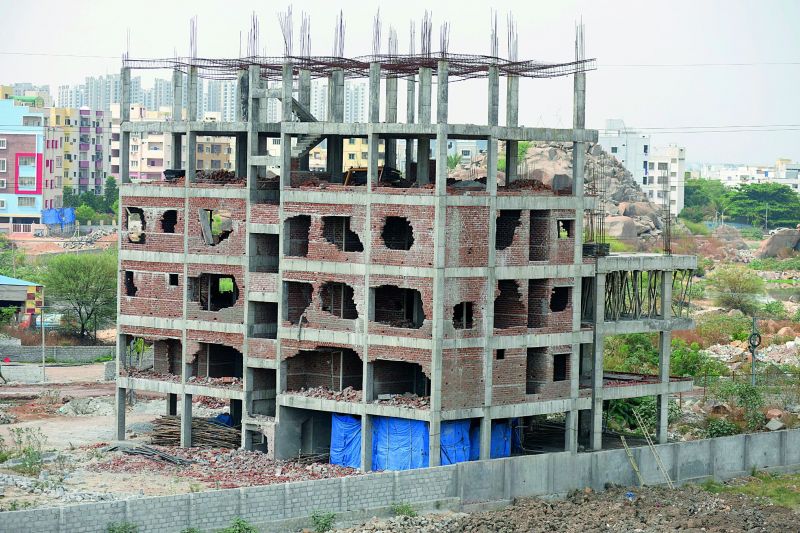 The building as it first stood, before the attempt to demolish it on Monday.

He said there was no immediate danger from the leaning building, but officials entering it should be careful. It would take three or four days to manually remove the bricks and to implode the structure again. A company named Uttam Blastech has agreed to do the manual demolition and to attempt another implosion. 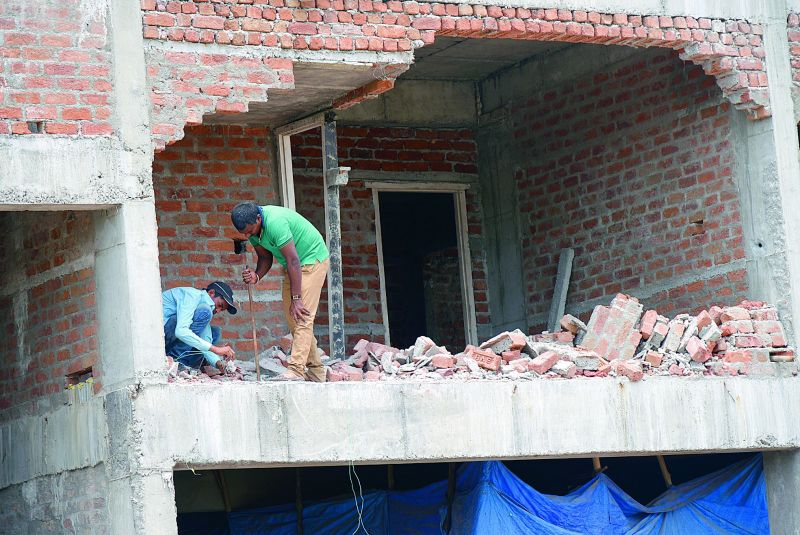 Mr V. Srikanth of Uttam Blastech said, “In the absence of drawing, design and the quality  of construction, we assu-med a few  things which were not correct. We were too cautious, our idea was to  protect the adjacent structure. This was the first attempt to implode a building by the company.”