The presence of Prime Minister Narendra Modi’s political foe Mamata Banerjee was keenly watched. When the Bengal CM was asked to join him and Bangladeshi Prime Minister Sheikh Hasina on the dais, she was a little hesitant. But Modi motioned that she come forward so that the three leaders could stand together. And Mamata promptly did so.

New Delhi: Expressing the "greatest admiration for Prime Minister Sheikh Hasina's firm resolve in dealing with terrorism" and "her government's 'zero-tolerance' policy towards terrorism" which he said "is an inspiration for all of us", Prime Minister Narendra Modi launched a thinly-veiled scathing attack on Pakistan without naming it. "There is a mentality in South Asia opposed to the approach of India and Bangladesh to promote development. This mentality nurtures and inspires terrorism. The mentality which influences those who plan policies under it and which regards terrorism as higher than humanism, destruction greater than development and annihilation better than creation," he said, even as Sheikh Hasina honoured the Indian martyrs of the 1971 Bangladesh war of liberation highlighting the bond between the two nations.

In another clear message aimed at Pakistan, the two Prime Ministers also "condemned the genocide that occurred in Bangladesh in 1971", with PM Modi saying, "We in India rejoice in our ties with Bangladesh. Ties that have been forged in blood and generations of kinship." 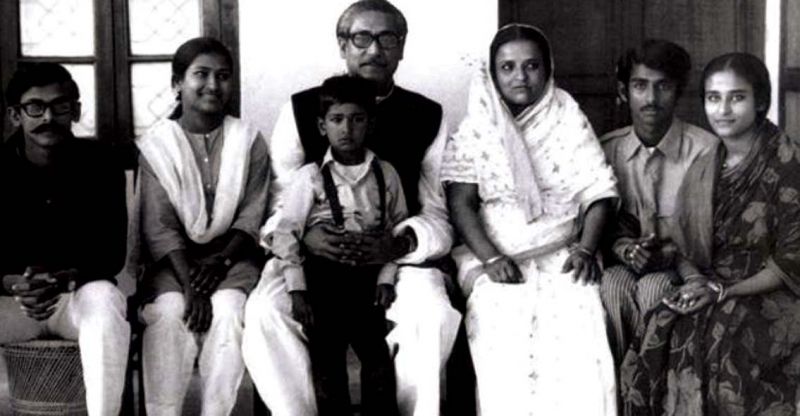 A picture from the Hindi translation of the unfinished memoir of Bangabandhu Sheikh Mujibur Rahman that was jointly released by Modi and Hasina.

Resolving to arrive at an agreement on the contentious Teesta river water issue, PM Modi said, "Along with our shared land boundaries are our shared rivers. They sustain our peoples and their livelihoods. And, the one that has attracted the greatest attention is the Teesta. This is important for India, for Bangladesh and for India- Bangladesh relationship. I am very happy that the Chief Minister of West Bengal is my honoured guest today . I know that her feelings for Bangladesh are as warm as my own. I assure you and the people of Bangladesh of our commitment and continuing efforts. I firmly believe that it is only my government and Excellency Sheikh Hasina, your government, that can and will find an early solution to Teesta Water Sharing." PM Modi's praise of Ms. Banerjee is significant, given her reservations in the past few years on such a pact and its impact on Bengal. "We are a long-standing and trusted development partner of Bangladesh. ... In this context, I am happy to announce a new concessional Line of Credit of 4.5 billion dollars for the implementation of projects in priority sectors for Bangladesh. This brings our resource allocation for Bangladesh to more than 8 billion dollars over the past six years. ... Today, we have also taken a long overdue step by signing an agreement on close cooperation between our armed forces.”

When officer asked Modi, Hasina to ‘step down’

A gaffe by the Chief of Protocol at the Hyderabad House event in the capital on Saturday afternoon in the presence of Prime Ministers Narendra Modi and Sheikh Hasina had everyone in splits including the two leaders who both had a hearty laugh. “May I now request the two prime ministers to step down,” the official, who was anchoring the ceremony on signing of MoUs, said. What he had meant to say was to request the two PMs to step down from a raised platform and release a Hindi translation of memoirs of Bangabandhu Sheikh Mujibur Rahman. Visibly embarrassed at the slip-up, the official coolly said after a pause, “I now request the two PMs who have not stepped down to jointly release the Hindi translation of the unfinished memoir of Bangabandhu Mujibur Rahman.”