Hyderabad: The Macca Masjid-like structure on the top of the mound at Ibrahim Bagh in the vicinity of Golconda Fort attracts every passer-by. This structure too is a mosque, built before the historical grand Macca Masjid of the Old City. Both structures have five arches and two big pillars at the corners. The design of the vaults of both the mosques is very similar. The Ibrahim Bagh mosque could well be the archetype for the Macca Masjid.

The Macca Masjid was built by Sultan Mohammed Quli Qutub Shah, the fifth ruler of the Qutub Shahi dynasty. No one is sure who actually commissioned the construction of the Ibrahim Bagh mosque. But there is general agreement that the mosque at Ibrahim Bagh is older than the Macca Masjid.

According to the Naib Mutawalli (deputy custodian) of the mosque, Syed Abdullah, it was built by Ibrahim Qutub Shah, the fourth ruler of the Qutub Shahi dynasty. Others, however, say it could have been built by Pemmamati also known as Prema Mati, a dancer from central India, as a form of penance. 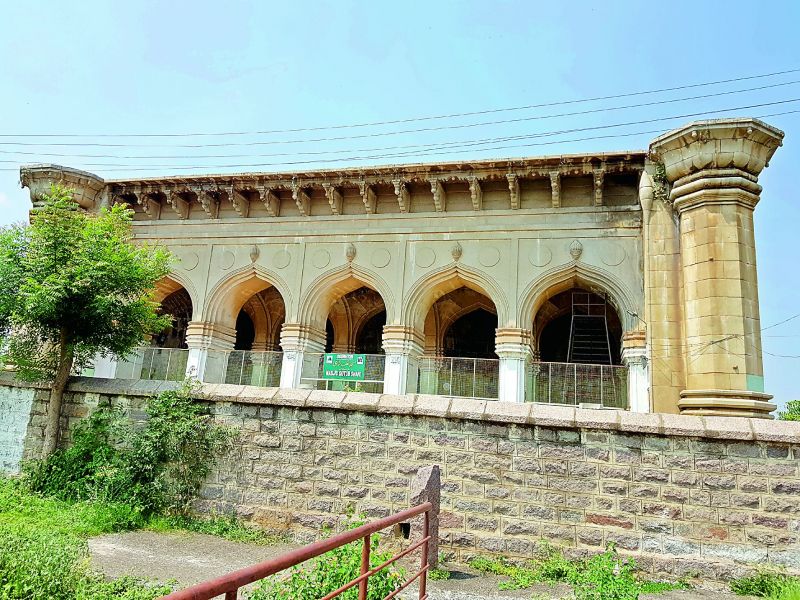 The Qutub Shahi Masjid that opens only for Jumma prayers.

No one knows why this mosque was left unfinished. It could be that during the construction the person who started the work died. Mr Safiullah, a renowned historian, says that because the mosque was not facing in the right direction of qibla (towards the Ka’abah) the construction could have been stopped.

The major difference between the two mosques is the minaret. The Macca Masjid has short minarets unlike other mosques, while the mosque at Ibrahim Bagh has no minarets. The necropolis of the Asif Jahi rulers is attached to the main structure of the Macca Masjid.

Unlike other mosques, the Ibrahim Bagh masjid, which is now known as the Qutub Shahi Masjid or Jumma Masjid, opens only for Jumma prayers. Syed Abdullah says this is because the masjid is located on a hillock and far from Muslim habitation.

Karvy CMD to be quizzed in police custody

Jammu and Kashmir and Ladakh ahead of Republic Day