Chennai: ‘When someone convicted by the Supreme Court of high corruption can be given a memorial on the Marina, why not my thalaivan who toiled for so many years for the Tamils and the Tamil cause, and who gave me the roof over my head?’ The faceless scream from the huge crowd mourning outside the hospital while their Kalaignar, resting at last, was being readied for the ride back home, seemed to epitomise the anguish and anger of the Tamil people; in truth, others too from across the world.

Shortly later came the news that the family was moving the High Court seeking directive to the state government to allocate space besides the Anna Memorial on the Marina to rest Karunanidhi. It appeared that DMK working president M.K. Stalin had written to Chief Minister Edappadi K. Palaniswami pointing out the long public life of his father and seeking space inside the mausoleum complex of his mentor Anna on the beach. He also met the CM shortly before his father’s death to plead his case. 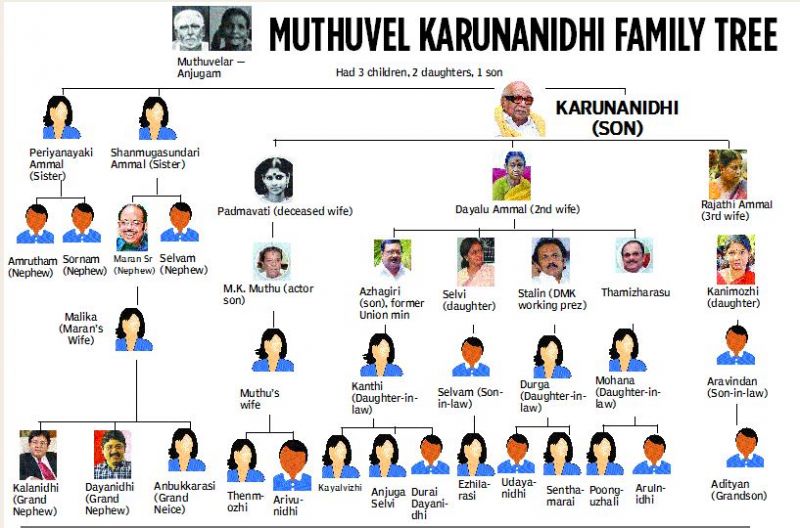 But the government in its wisdom chose to reject the family’s request. A statement from chief secretary Girija Vaidyanathan said it was “unable to allot space at Marina beach owing to several pending cases in the Madras High Court and legal complications.” Hence, the government is prepared to allott a two-acre site on Sardar Patel Road near the memorials to Rajaji and Kamaraj, it said.

The news of Marina rejection hit the DMK cadres as a double-blow after their leader’s death. “Vendum, Vendum, Marina Vendum”, chanted the angry crowd accompanying the ambulance carrying the leader’s body to his Gopalapuram residence. There were reports of some sporadic incidents of violent protests by angry followers on the Marina issue.

Just before that at the hospital, MDMK chief Vaiko appeared to have set the tone for the cadre fury when his face went red before the TV cameras as he warned the government, “Do not play with fire…do not create law and order problem unnecessarily”. At a time when the Tamils are mourning the loss of their tallest leader, how could the government “pour fire into their hearts?”

#Marina4Kalaignar became the hottest twitter handle within a short time of being launched by the angry followers. Congress president Rahul Gandhi was among the many who responded, posting:  “Like Jayalalitha ji, Kalaignar was an expression of the voice of the Tamil people. That voice deserves to be given space on Marina Beach. I am sure the current leaders of Tamil Nadu will be magnanimous in this time of grief”.

“Why should a political Colossus like Karunanidhi, and there is no better word to describe his contribution to TN, not be given his due resting place at Marina Beach. Vendetta politics in life is one thing, but surely not in death”, said a tweet from noted journalist Rajdeep Sardesai of India Today Group.

And the tweet from popular TV commentator Dr Sumanth Raman said: “Decision to deny space on the Marina is in my opinion a blunder by CMO, TN. Statement given by CS (chief secretary) can be overruled by CM. Best is to overrule CS and do it now”.

Perhaps the CM would do just that as the dawn breaks over the grieving TN. Some reports suggest that the government would not contest too hard the DMK’s court petition for Marina.

Bharat Biotech awaits feedback from WHO for Covaxin EUL