Hyderabadis rank city as most polluted place to live

The worst amongst Indian cities was Ghaziabad, right at the bottom, fetching 295th spot.

Hyderabad: A recent pollution index has put Hyderabad at 219th spot out of 296 cities in the world, making it one of the most polluted places to live in.

The rankings were put out by an online database website called Numbeo. The website uses surveys to monitor how individuals residing in the city perceive pollution levels. They also use inputs from WHO pollution indices.

According to the rankings, air quality and water pollution were the most negatively ranked aspects of pollution in the city, with over 70 per cent people saying these two aspects were highly polluted. The survey noted that people were highly dissatisfied after spending time in the city. This doesn’t come as a surprise as the average pollution levels of PM 2.5 were between 50-150 points, according to the Air Quality Index website. 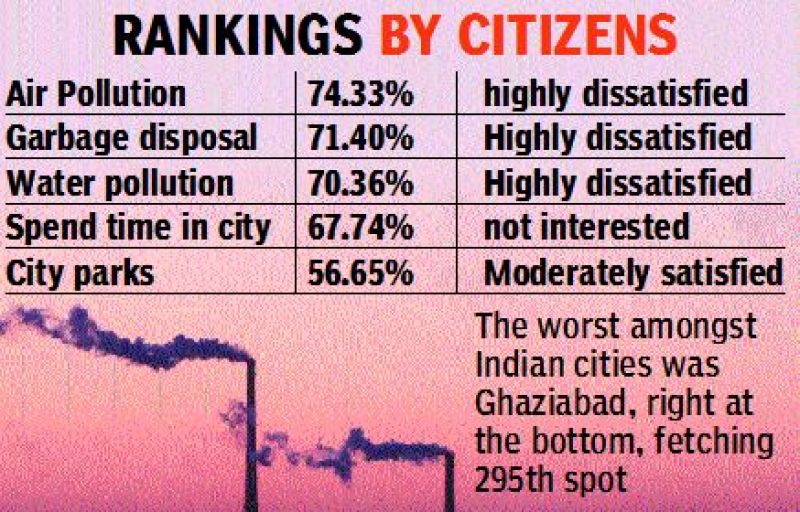 The worst amongst Indian cities was Ghaziabad, right at the bottom, fetching 295th spot. Amongst south Indian cities, the worst performance was that of Bengaluru at 229, followed by Chennai at 222 spot. Experts on pollution say these rankings are poor because the city has gotten its planning wrong. “The city must focus on reducing the number of vehicles on the road, and designing more open spaces. Pollution gets trapped in this area,” said environmentalist Sagar Dhara.

Landlocked cities like Hyderabad tend to have higher pollution levels due to fewer winds. Places like Vizag, Kochi and Kolkata which are on the coast have performed better because of the strong coastal winds that blow away the pollutants.

The website released mid-year rankings, assimilating the pollution index of the 296 cities across the months of January to June, where the best city in terms of pollution was Wellington in New Zealand and the worst was Accra in Ghana.

Dr. Sanjay first MLA to get vaccinated against Covid in Telangana