The residents of a house in Girinagar got trapped as a huge tree fell on the house and blocked the entrance. It took four hours for the BBMP to clear the tree remnants. Heavy rain on Thursday also led to tree falls in areas like Gandhi Bazaar and Basavanagudi.

Bengaluru: South Bengaluru, especially Girinagar and surrounding areas, bore the brunt of thunderstorms coupled with high velocity winds on Thursday night. However, no casualties have been reported.

At least 100 trees were uprooted in South Bengaluru and inmates of a couple of houses were trapped under uprooted trees at Girinagar for entire night and were completely cut off from the outside world.

The members of a family were unable to step out of the house as a fallen tree had occupied the entire staircase till the entrance of the house. They also feared electric wire would snap. 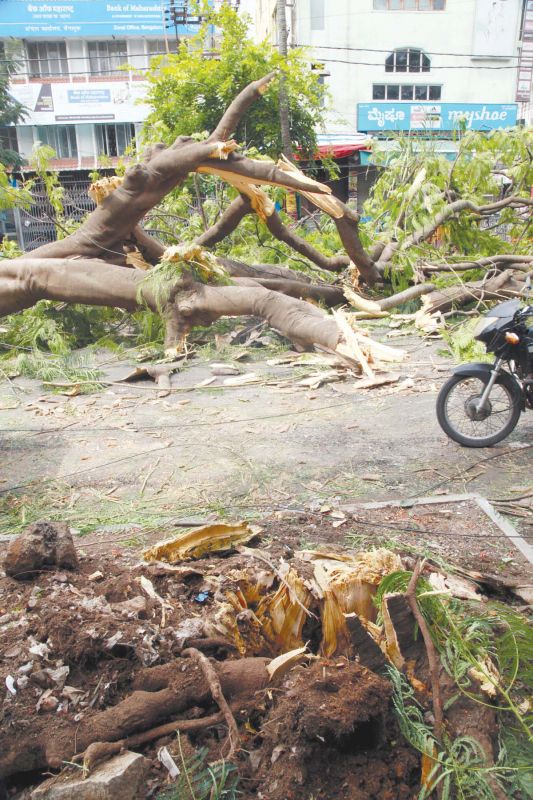 However, they could reach out to their friends through the mobile phones and availed timely support from the BBMP and friends to clear the uprooted tree.
Mayor Gangambike told Deccan Chronicle that at least 95 trees have been uprooted and 450 branches have crashed due to the heavy rains on Thursday night.

The entire forest wing team of BBMP and the zonal office staff have been diverted to South Bengaluru to clear the debris of trees on war footing. The family of Deepthi Navaratna was completely trapped as a huge tree in front of her house fell on the house and blocked the entrance. On Friday morning it took four hours for the BBMP to clear the tree remnants. 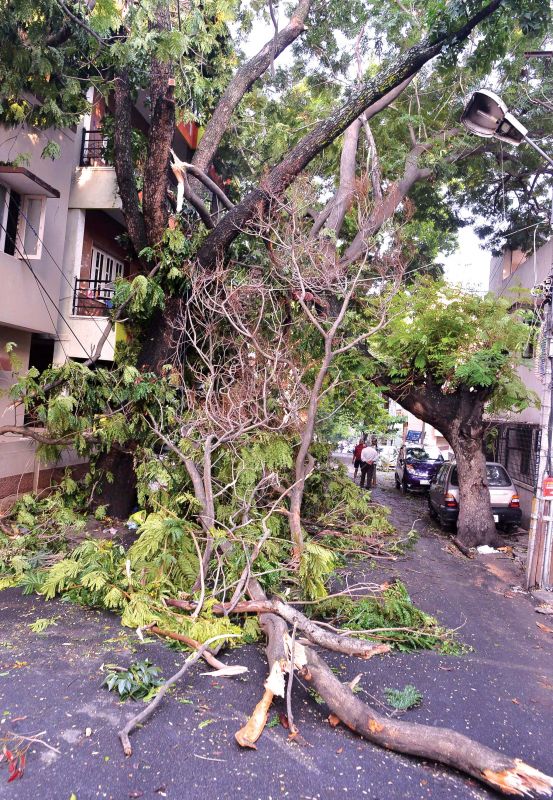 Mayor Gangambike said the BBMP has ensured that neither the citizens nor the staff are affected while clearing fallen trees. In many cases the BBMP employees had to climb trees to cut broken branches.

At least three cars got crushed under the uprooted trees on Thursday night.
Krishna M., a resident of Girinagar, told Deccan Chronicle that tree falls happened in almost every road in the locality and motorists had tough time taking labyrinthine detours. 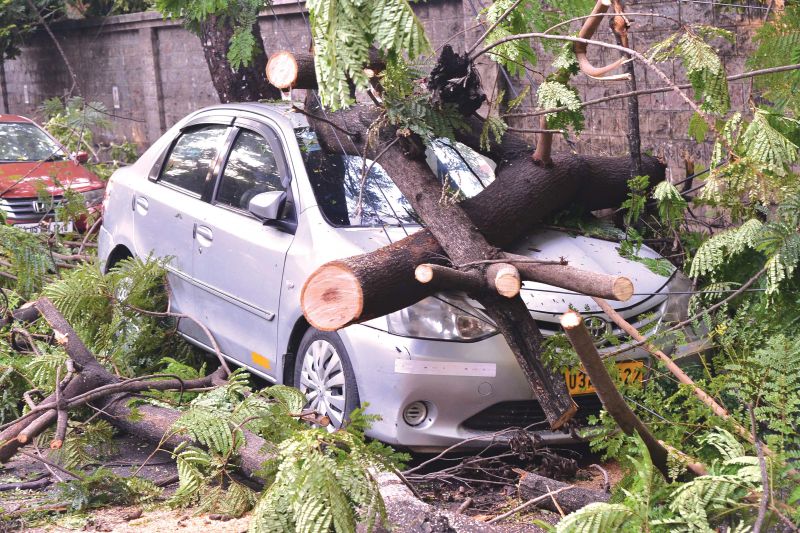 A taxi parked under a tree was badly damaged after the tree collapsed, one of the 95 uprooted in the rain.

He said it took more than an hour to reach home from office, which normally does not take more than 20 minutes. Every road that connects his house was blocked due to the uprooting of the trees, he added.

Civic bodies to blame: Mayor
Gangambike blamed BBMP, BWSSB and Bescom for mass uprooting of trees. She said the roots have been weakened due to infrastructure works carried out by various civic agencies. Bescom has been pruning the trees unscientifically leading to imbalance and they get uprooted during heavy downpour and winds, she said. Further, she added that the shelf life of exotic trees are about 50 years and among the uprooted trees most of them were exotic ones. Civic agencies should focus on planting native or local species of trees like pongemia, neem and ficus family trees. 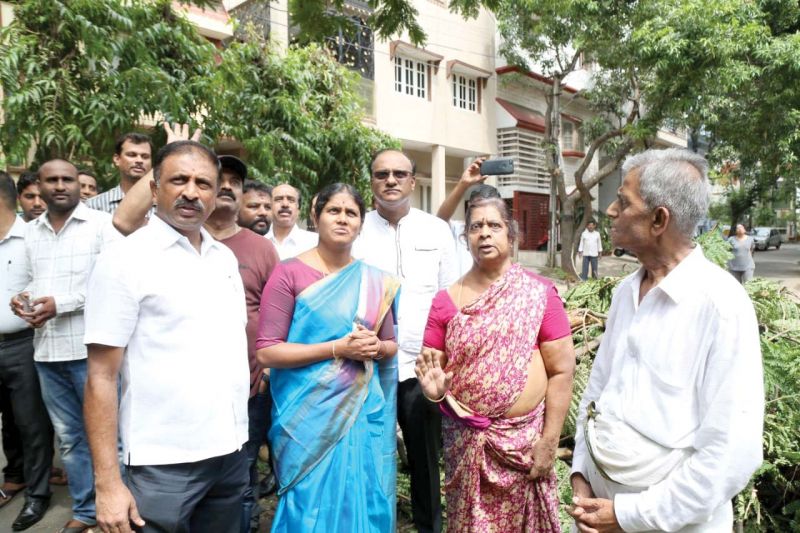 The mayor also shot off a letter to the engineers from storm water drains, major roads and forest wing departments to clear the water logged spots to prevent any untoward incidents and inconvenience to the public. The letter also stated that each engineer will be held responsible for failure to deliver and added that review meetings would be held every 10 days until the monsoon is over to ensure adequate measures are taken up

More wet spells in store: Met
Karnataka State Natural Disaster Management Cell director Srinivas Reddy said that high speed winds are a common phenomenon during the transition from pre-monsoon to monsoon. The monsoon is set to enter the state within a week and average rainfall has been forecast. However, the rain distribution pattern should not affect the crops, he said. As the monsoon is setting in, the city will see more wet spells, he added.