Telangana CM meets IAS topper Anudeep Durishetty, has lunch with him, his family

Telangana Chief Minister K Chandrasekhar Rao complimented Anudeep, saying he is a role model to many young people in the state. (Photo: Twitter/@TelanganaCMO)

Hyderabad: Telangana Chief Minister K Chandrasekhar Rao congratulated IRS officer Anudeep Durishetty, who topped the civil services 2017 examination and had lunch with him and his parents in his official residence.

Rao had lunch with Anudeep and his parents at Pragathi Bhavan (Rao's official residence complex-cum-camp office at Begumpet) in Hyderabad, an official release said. 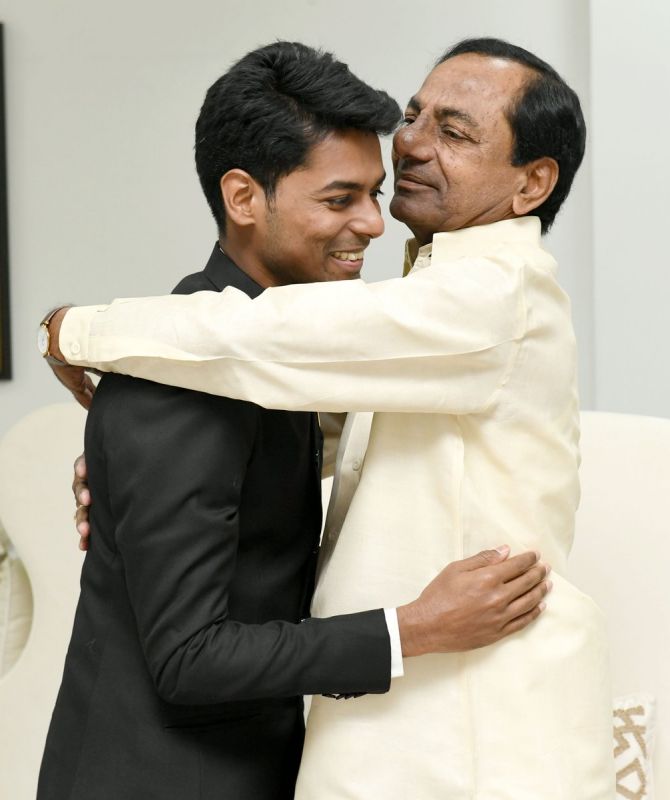 The chief minister complemented Anudeep, saying he is a role model to many young people in the state and added that Anudeep is an example of definite success if someone works hard for achieving their objective, it said.

Anudeep, an IRS officer (Customs and Central Excise cadre) is posted as an Assistant Commissioner in Hyderabad. He is from Metpally in Telangana. He cleared the examination with Anthropology as his optional subject.

A Other Backward Classes (OBC) candidate, Anudeep has graduated with a BE (Electronics & Instrumentation) degree from BITS, Pilani.

YSRC to seek JPC on MSP in Parliament session

Annual cleanliness survey is out - Check how your city is ranked