CHENNAI: Customs officials at the Chennai airport seized 1.86 kilograms of gold valued at Rs. 70.25 lakh, and arrested one passenger, on Tuesday morning.

To thwart attempts of gold smuggling from flights arriving from gulf countries, special vigil and alert is being maintained at the airport. Muzmmil Husain (40), hailing from Muzaffarnagar, who ad arrived from Riyadh via Muscat by Oman Airways flight, was intercepted by Air Intelligence officers. 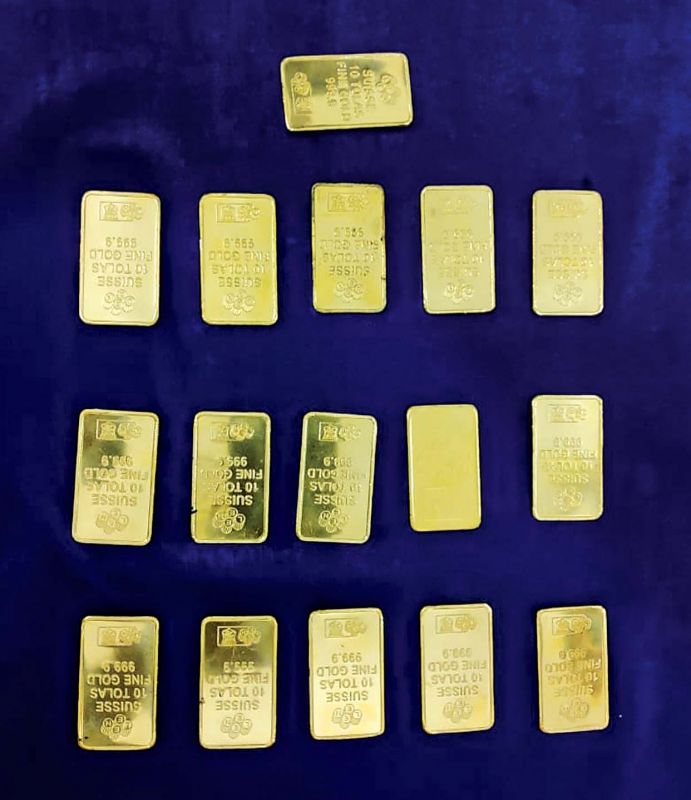 Airport sources said Husain was detained and questioned as he moved about in a suspicious manner. As his replies were evasive, a personal search and a checked-in baggage check was done. In his baggage, officials found a rechargeable light which appeared unusually heavy, in which 16 gold bars were stuffed. A total of 1.865 kg gold valued at Rs.70.25 lakh was recovered and seized under the provisions of  Customs Act 1962.

On enquiry, Husain said he was working as driver in Riyadh for four years, and had landed in Chennai for the first time. He said that his friend in Riyadh had sponsored his ticket and had given him the bag to be delivered to someone in his village, and he was unaware of the contents in the bag. The passenger was arrested. Investigation is under progress.

No coercive step to be taken against Tajinder Bagga: HC after late-night hearing