The enemy within: Illegals from the east

Shanties by Bangladeshis in parts of South Bengaluru are well-known, as are Rohingya camps in Northern parts of the city.

With over 40 lakh people rendered homeless in Assam, authorities expect a greater influx of illegal immigrants in other parts of the country. The arrest of Manirul Sheikh, from the banned terrorist organisation JMB, who lived here for a year before he was picked up by police, emphasises the need to keep track of illegal immigrants. Shanties by Bangladeshis in parts of South Bengaluru are well-known, as are Rohingya camps in Northern parts of the city. Certain communities of illegal immigrants are also known for their involvement in activities like drug peddling and prostitution, which MLA Arvind Limbavalli explained in his letter to Union Home Minister Kiren Rijiju. Police however, say that too many illegal immigrants continue across the porous West Bengal border to be tracked without a database. Shweta Singh reports.

The petition to update the National Register of Citizens of India in Assam has caused a nationwide stir and left 40 lakh people homeless. Citizenship for Bangladeshi immigrants has become a critical issue with several political and relgious underpinnings. Closer home, Bangladeshi immigrants are known to gather in southern parts of the city, especially near lakebeds like Varthur and Bellandur, where it has been alleged that they have a hand in the garbage mafia. The arrest of Manirul Sheikh, one of the "most wanted" men from the banned organisation Jamaat-ul-Muhajideen from Bengaluru, where he has lived for a year, has only sharpened the focus on illegal immigrants here.

Iqbal Hussain Ripon, who hails from Habigang district in Bangladesh, had an Indian passport, an Aadhaar card and a Voter I.D. Iqbal had crossed the border successfully and had been living in Bengaluru for one year, camouflaging himself amongst construction workers at BEML Layout, Basaveshwara Nagar. “This is cause for concern, given that he used forged documents to get a passport and other documents to validate his Indian citizenship,” said an Immigration official.
With the recent NRC initiative by the Assam state, Bengaluru’s headcount of Bangladeshi illegal immigrants is cause for renewed concern. Although there is no data available or maintained to keep track of illegal immigrants, residents from South Bengaluru claim that the lakebeds at Varthur and Bellandur have been encroached by the illegal immigrants, who have often been spotted in league with the garbage mafia, they allege.

According to Jagdish Reddy, an environmental activist who operates around Varthur and Bellandur, there are over 6,000 illegal Bangladeshi migrants in the area. “They are mainly found involved in garbage mafia and human trafficking. With the current NRC initiative by the state of Assam, the implications will push more illegal immigrants towards different part of India. It's evident with reports of more shanties being built around Bellandur and Varthur.

Reddy says, “We have around 35,000 illegal immigrants who have been issued with Voter ID's by all the major party leaders in Mahadevapura Constituency alone.”

These immigrants are believed to reside in camps at Bellandur (behind the lake), Iblur, Devarabeesanahalli, Somasundarapalya, Mulle kolalu and other areas. They do menial jobs like daily wage labour and live in makeshift tents. They are usually not involved in criminal activities.

Meanwhile, Mahadevapura Constituency MLA Arvind Limbavali, wrote to Union Home Minister for State Home Affairs, Kiren Rijiju, on July 31. The MLA apprised the minister that the number of illegal Bangladeshi and African illegal Immigrants in Bengaluru is rising with thousands of the latter calling this city their home. Bangladeshis comprise more than twice that number and often make their homes in and around lakes in the city.

The letter read, “These illegal Immigrants have become a great threat to the security and peace of Bengaluru. They are involved in various illegal activities like drug peddling, prostitution, online fraud, house thefts and robberies. If they are not detected and deported to their respective countries situation will go out of control.”

Without a comprehensive strategy and time-bound action plan, the problem will continue to grow. The major handicap in facilitating the departure of illegal immigrants is also absence of a deportation center in Bangalore.

December 2017: Officials of Unique Identification Authority of India (UIDAI), with the help of Bellandur police arrested seven persons, including six Bangladeshi nationals, who had obtained Aadhaar cards by forging documents to secure housekeeping jobs in IT firms in and around. 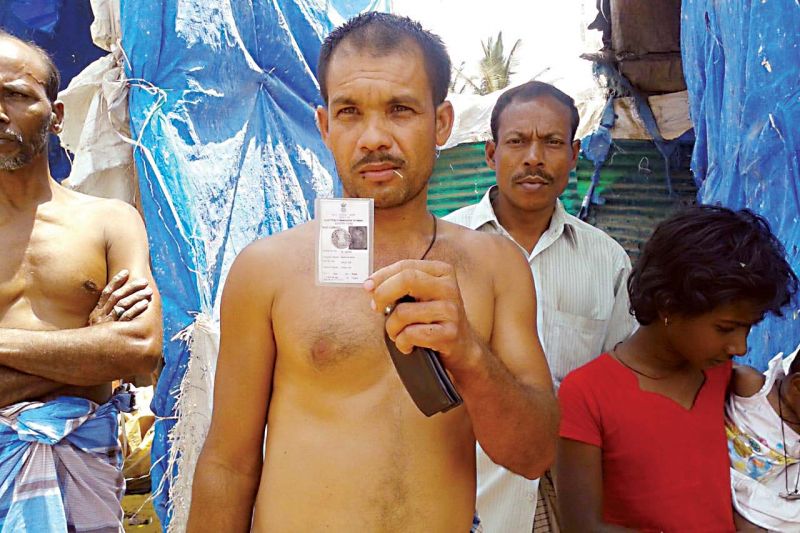 Bangladeshis enter without visas, documents, how do we track them?
Bengaluru is known to be home to thousands of Bangladeshi immigrants, who make a living off daily wage labour and reside in shanties. A large number of these people live in South Bengaluru and said to be involved with the garbage mafia responsible for contributing to the pollution in Varthur and Bellandur lakes as well as with several petty crimes. 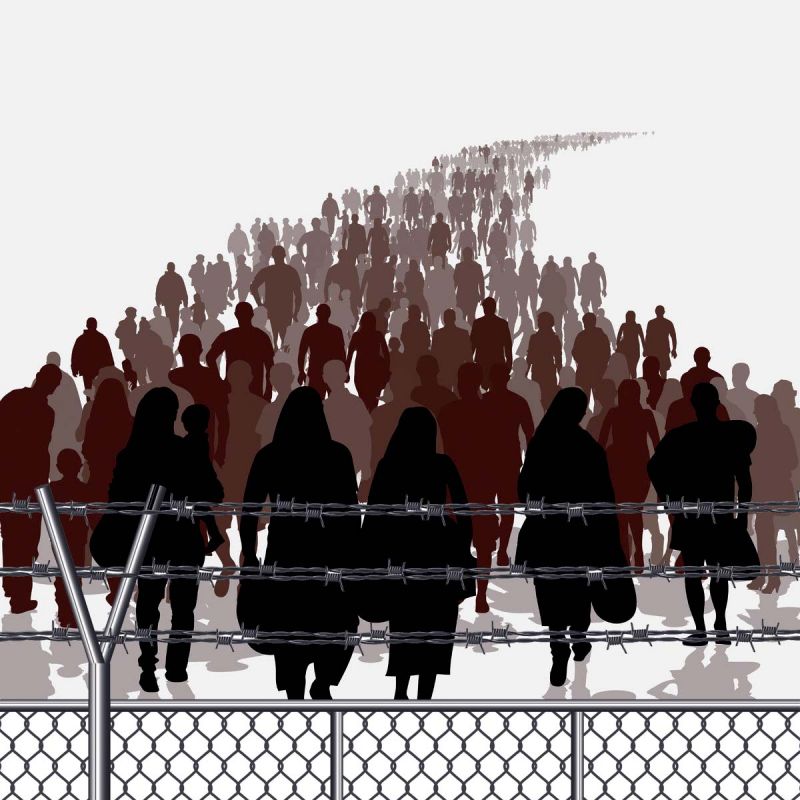 According to police, there is no system to maintain a headcount of illegal immigrants. They work in unorganized sector and earn their livelihoods as rag pickers, automobile mechanics, scrap dealers and construction workers.

Police admit that it is difficult to spot a Bangladeshi from a crowd of Bengali speaking people who all belong to the same socio-economic sector. “There are certain pockets in the city where some Bangladeshi families have made their temporary settlements. They are migrant workers and are on the move. In North Bengaluru, they share an uneasy neighbourhood with the Rohingyas, who are also on the run. They are under surveillance of the jurisdictional police,” said an official source.

According to a senior official, the illegal immigrants from Bangladesh mostly come on tourist or business visas. According to the rules, they need to register with the FRRO if they need to stay over six months. However, they arrive with short term visas and simply abscond with them. “The illegal immigrants from Bangladesh don’t come with visas, they cross the border and enter India. Keeping a check on them is a herculean task as they use various modes of transportation.

Not upset or angry with anyone in party: Congress leader Shashi Tharoor