Hyderabad: Citizens don’t deserve free gyms if they destroy them

Gym equipment that were found damaged in Imlibun Park, KBR Park and Sanjeevaiah Park around the city recently.

Hyderabad: The Greater Hyderabad Municipal Corporation has yet again decided to waste public money. Even though the pilot project failed miserably, the civic body has decided to set up open gyms in 34 parks and playgrounds in the city without upgrading the security and other measures to protect them.

Earlier, the corporation had set up open gyms in six major city parks which were either found damaged or robbed within few days after the installation. Till date the corporation could not recover the lost material. However, the civic body has now decided to procure material worth Rs 2.89 crore for which tenders have been invited. 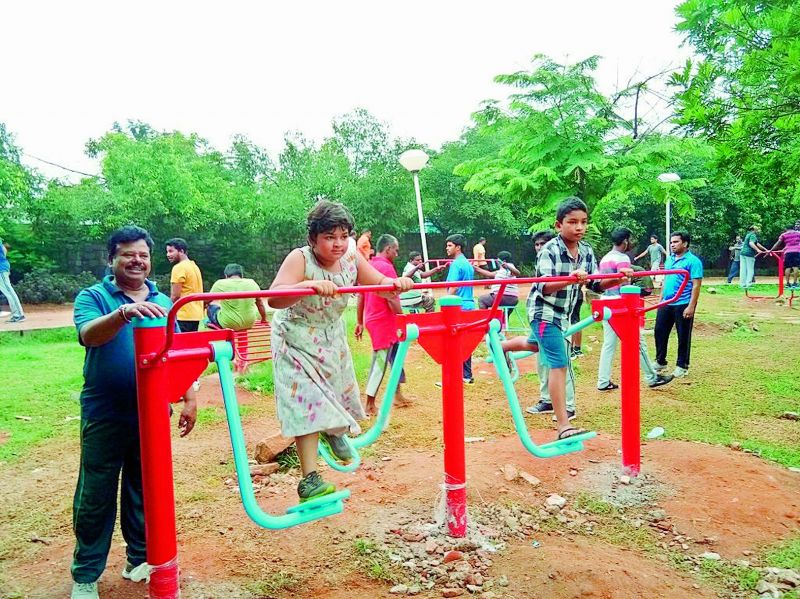 The GHMC open gyms that was set up in Indira Park in April this year was damaged within a fortnight as the photographs show.

Taking a cue from New Delhi, the GHMC had planned to install as many as 40 gyms in the various city parks. The corporation, during last year, had set up six open gyms in the city parks at an estimated cost of Rs 65 lakh. The corporation had installed open gyms at AS Rao Nagar Park, Imlibun Park, Krishan Kant Park, Indira Park, Gulmohar Park (Serilingampally), KBR Park and Nehru Nagar Park (West Marredpally) on a pilot basis. However, the gym equipment has been either stolen or damaged within a week.

On investigation, it came to their notice that thieves had used hacksaw blades to cut the equipment at the gyms and steal the components. In a few other cases, some equipment got damaged as more than the permitted number of users tried to handle them. Lack of monitoring of the open gyms was also another reason for the damage. Besides this, the equipment in the open gyms got damaged due to misuse by the people who came to the park. It has been also cited that the quality of the equipment were not up to the mark.