Srinagar: Union Home Minister Rajnath Singh is on a two-day visit to Jammu and Kashmir in the wake of a series of terror attacks and ceasefire violations in the state. The Union Minister will also review security arrangements for Amarnath Yatra.

After arriving in Srinagar on Thursday, the minister addressed a Sports Conclave organised by J&K Sports Council in Srinagar.

Addressing the event, the home minister said, “Sports can bring a change in your lives. Children can be misguided easily but we know the truth that is why we have withdrawn all stone-pelting cases against them.”

Rajnath Singh also expressed a belief that the youth of Jammu and Kashmir can change the future course and their own fate through ‘Sports Ki Karamat’ and ‘Taleem Ki Taqat’ (the power of sports and education).

Jammu and Kashmir Chief Minister Mehbooba Mufti also addressed the event and said, “Children from Jammu and Kashmir should also be given atmosphere and opportunity to develop like that of the other parts of the country. So that stone pelting, bombing and gunning stop and these children get a chance to grow.”

During the event, 9-year-old Kashmiri girl Tajamul Islam, who won the 2016 World Kickboxing Championship hugged the home minister and also took a selfie with him and Mehbooba Mufti. 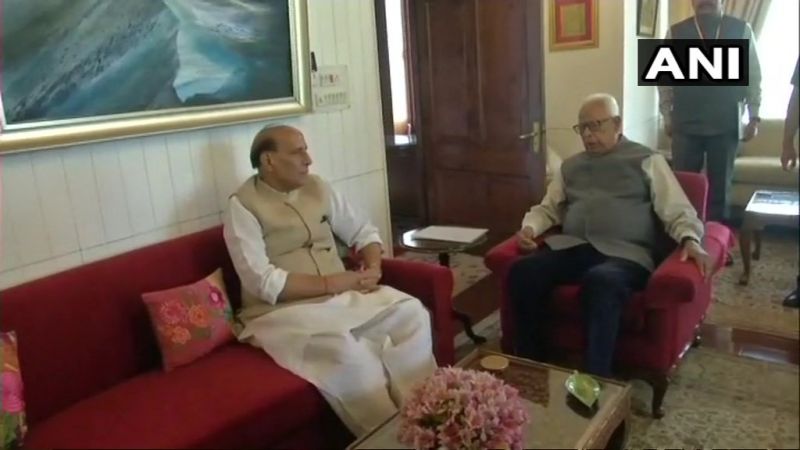 Union Home Minister  Rajnath Singh will also interact with people living in border areas and other sections of the society during his visit.