29 people, including two police officers, were killed during clashes between encroachers and police in Mathura last week. (Photo: PTI)

The probe will be conducted by a retired judge of Allahabad High Court and the inquiry committee has been asked to submit its report within two months. 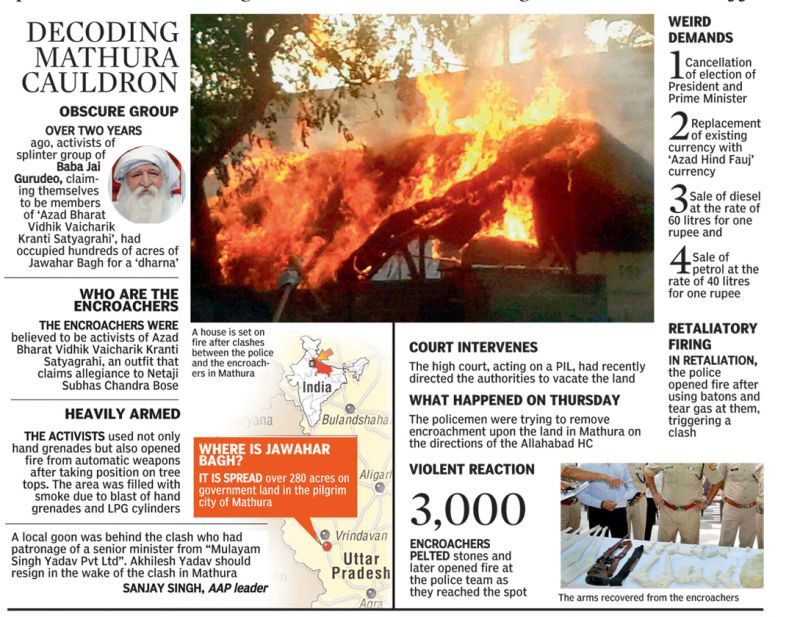 "A judicial probe has been ordered into Mathura violence. Retired Allahabad High Court judge Imtiyaz Murtaza will conduct inquiry," an official spokesman said here. The spokesman said the inquiry panel will go into the circumstances that led to the incident.

It has been asked to make suggestions that would help in ensuring that such incidents do not recur. 29 people, including two police officers, were killed during clashes between encroachers and police in Mathura last week. The violence had claimed the lives of Superintendent of Police (City) Mukul Dwivedi and SHO Santosh Kumar.