Growing up in the valleys of Dehradun, it was only when he came to the city that he found enough courage to follow his dreams.

Bengaluru: For Arvind Parashar, Bengaluru showed him his calling. A corporate white collar employee turned novelist, writing had always been his passion.  "As long as I can remember, telling stories is the only thing that made me happy. But as life goes, we get involved in the so called more important things and lose out on that drive. It happened to me too," he said.

Growing up in the valleys of Dehradun, it was only when he came to the city that he found enough courage to follow his dreams. "I was working around the clock at pretty big corporate firms, but that zest to go for it came to me when I saw the kind of enthusiasm that Bengaluru had for books. It has been very inspirational to me," he said during the launch of his second novel, the first part of his romantic thriller trilogy. Incidentally, it is also the country's first romantic thriller.

The bestselling author's debut novel Kabira- Not until I die topped the charts on Amazon and Crosswords early last year and he refuses to slow down. In his latest read, called Messed Up but All for Love, published by Shrishti Publishers, he weaves two different tales into one and promises his readers a sense of thrill, along with something they can take back from the story. 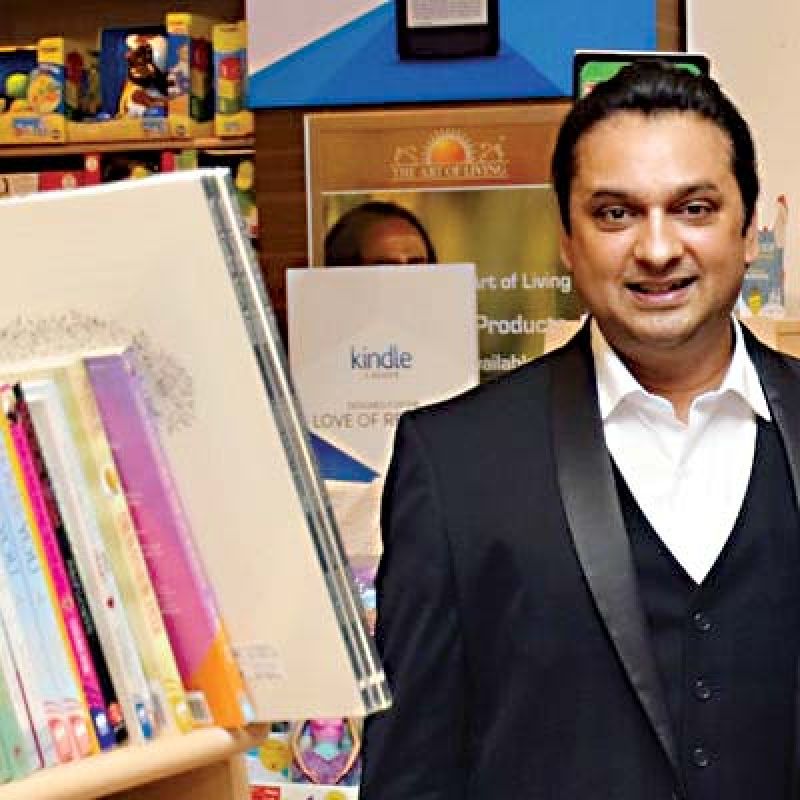 It’s got thrill, it’s got romance and it is very relatable. For the reader it will be like watching two different sides of a story unfold while the characters are unaware of what is to come -Arvind Parashar, The Author

"It's got thrill, it's got romance and it is very relatable. For the reader it will be like watching two different sides of a story unfold while the characters are unaware of what is to come. The reader will feel like a part of the story," he said, trying hard not to give away the plot.

His protagonist Neil, a 35-year-old corporate hotshot, who is happily married to a dentist named Gauri, finds himself in a difficult position, when Drishti, a TV journalist, with whom he was very close, gets abducted and Gauri leaves without an explanation.

The novel is said to be inspired by real life instances from the life of the author. “I think as an author, you can't really separate your life and your craft. It always seeps in. I've taken inspiration for this book from my friendships and my past relationships,” he confirmed.

He launched the first book in the trilogy at Sapna Book House on Saturday and the next two from the series are set to hit the stands this December and May next year respectively. The next book, however, will be a prequel.

“Each book has a different plot, a different takeaway, but this is the sequel to the second book. Only if you read the second one will the third one fit into the story. There are clues hidden in each part," he says with a mischievous glint in his eyes, "read it and you'll find out!" Profits from the book will be donated towards supporting Spandana Rehabilitation Centre in Udupi, which works with the intellectually disabled.

...
Tags: dehradun, kabira, messed up but all for love
Location: India, Karnataka, Bengaluru