As per the agreement, L&T should complete the entire project by June 2, 2017.

Hyderabad: Hyderabad Metro project concessionaire Larsen & Toubro has written a letter to the Telangana government seeking an extension of the deadline for the Metro Rail Project.

As per the agreement, L&T should complete the entire project by June 2, 2017. So far, only two stages — Nagole to Mettuguda and Miyapur to S.R. Nagar — in two corridors under Phase-I have been completed and officials have successfully been operating trains on metro rail on a trial basis. 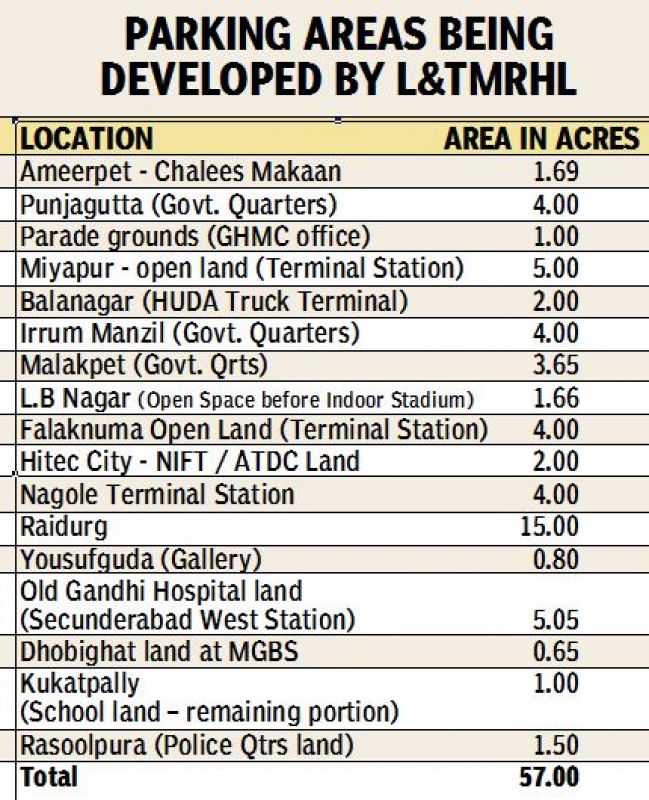 Hyderabad Metro Rail managing director N.V.S. Reddy, has confirmed that L&T’s request for the extension of the deadline and said that the government was looking into it.

As per the master plan, L&T has to develop three corridors in Phase-I that are Miyapur to LB Nagar, JBS to Falaknuma and Nagole to Shilparamam. So far, the project has been completed from Nagole to Mettuguda (eight km) and Miyapur to S.R. Nagar (11km).

Mr Reddy said that the stretch from Jubilee Bus Station to Mahatma Gandhi Bus Station on Corridor-II (JBS to Falaknuma) would also be ready soon. “We are ready to launch the first two stages on July 31. But, the government should take a decision. By the end of December 31 this year, we must launch the Nagole-Mettuguda, Miyapur-S.R. Nagar and the JBS to MGBS stretches. We are planning to extend the Stage-I up to Begumpet (stage-III) and stage-II up to Khairatabad,” he said.

About the impediments to the metro rail, he said, “There are some technical problems at interchange stations. We have completed the route from Nagole to Begumpet. But, after Mettuguda, a few technical issues and bottlenecks have cropped up. Besides this, we have acquired about 3,000 properties for the project and 80 are yet to be acquired. As per the 2013 Land Acquisition Act, we have given 100 per cent compensation to the owners of the acquired properties.

By now, we have crossed several hurdles. Of the 72-km-long elevated stretch across the three corridors, we expect to complete the construction of 66 km by next year. The remaining 6 km stretch in Old City is likely to take some time as there is an alignment issues,” he said.

KCR to decide today on reopening of educational institutions

Jagan for review of change to IAS rules