Sri Reddy came to the film chamber in a salwar kameez and started slipping down to her undergarments in front of video cameras and photographers. (Facebook Screengrab | Sri Reddy)

Hyderabad: In a shocking incident, an aspiring Tollywood actress Sri Reddy on Saturday went topless outside the Telugu Films Chamber of Commerce at the Jubilee Hills in Hyderabad to protest against casting couch in the Telugu film industry.

Sri Reddy alleged that she was sexually exploited by many producers and directors and was asked to send inappropriate pictures and videos to get a chance in Telugu films. She also threatened to expose names of people who “exploit young, aspiring actors”.

Sri Reddy came to the film chamber in a salwar kameez and started slipping down to her undergarments in front of video cameras and photographers. "This is the only way I can think of expressing my grief. If I have shown myself nude to several people in the film industry and despite that have got no roles, the only way I can protests is by going nude publicly," she said. 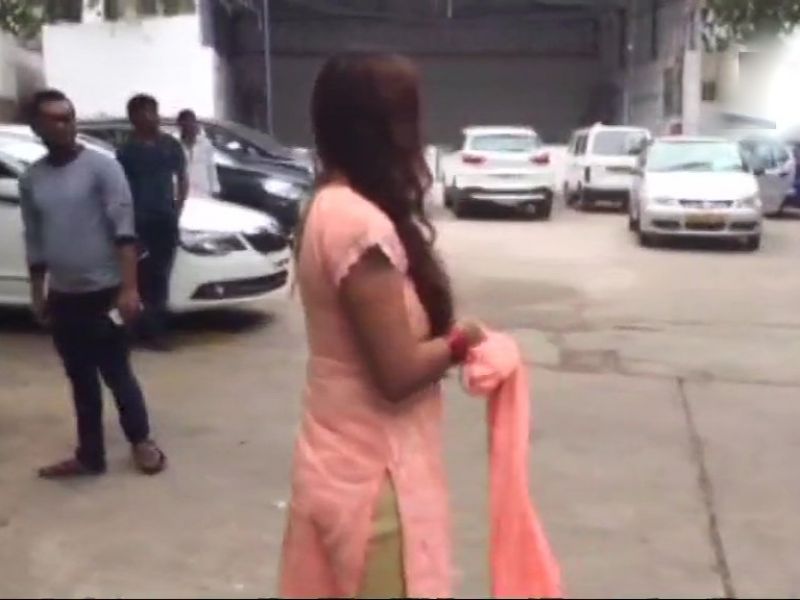 The actress said she would make the issue bigger if film producers did not encourage local talent. "They give roles to actresses imported from Mumbai or others places, whereas we local girls are only sexually exploited on the promise of being given roles," Reddy was reported as saying.

She also alleged that she has been denied membership of the Movie Artistes Association (MAA) despite having acted in three films.

Sri Reddy said despite having applied for the membership card she had not been given that. She said that she had sent nude photos and videos to several people in the film industry who had demanded that so that she could be given a film role.

"They see the videos and give no roles. They have even asked for live nude videos from me. That is the extent to which they go to take advantage of women who seek roles," The Times of India reported Sri Reddy as saying.

Speaking to journalists in front of the film chamber she expressed her disappointment by saying, "Why Telugu actors like me don't get a chance. They should give 75 per cent chances to Telugu people in films. I want membership in Telugu film chamber. Why are they not giving it? I have done three films.”

"They will ask us to send inappropriate pictures and videos. Are we girls or things to play with? But we will not get an opportunity," she added.

Sri Reddy said no roles were given to Telugu girls in the film industry. She alleged that Telugu girls are sexually taken advantage of. "I myself have been sexually exploited," she said.

"We reached the spot soon after receiving information and shifted her from there. She staged a protest raising many grievances. We counseled her before shifting her," said K Srinivas, Inspector Banjara Hills.

Farmers in fix as drip, sprinklers supply delays for years

COVID death data: Kerala to clear backlog, names of deceased to be published

One crore people suffer from long Covid in India: Study