New Delhi: Nepal's Prime Minister KP Sharma Oli, who is on a three-day visit to India, was given a ceremonial reception at Rashtrapati Bhawan on Saturday.

Oli stressed on the importance of “friendship” to maintain peaceful ties between neighbouring countries.

“Friendship is most important & there is no comparison with friendship. Any treaty any agreement, everything starts from friendship. With our neighbours, particularly with India, we first expect friendship,” the Nepal prime minister said at Rashtrapati Bhavan.

President Ram Nath Kovind also met the Nepal PM to discuss upon a range of bilateral issues of India and Nepal.

Further External Affairs Minister Sushma Swaraj will have a detailed discussion with Oli at Rashtrapati Bhawan regarding the foreign policy and related issues. Later, Oli will lay a wreath at Mahatma Gandhi's samadhi at Raj Ghat.

He is also scheduled to hold discussions with the delegation-level officers of India at the Hyderabad House. Some of the important development projects will be inaugurated at the House followed by an interaction with the press. 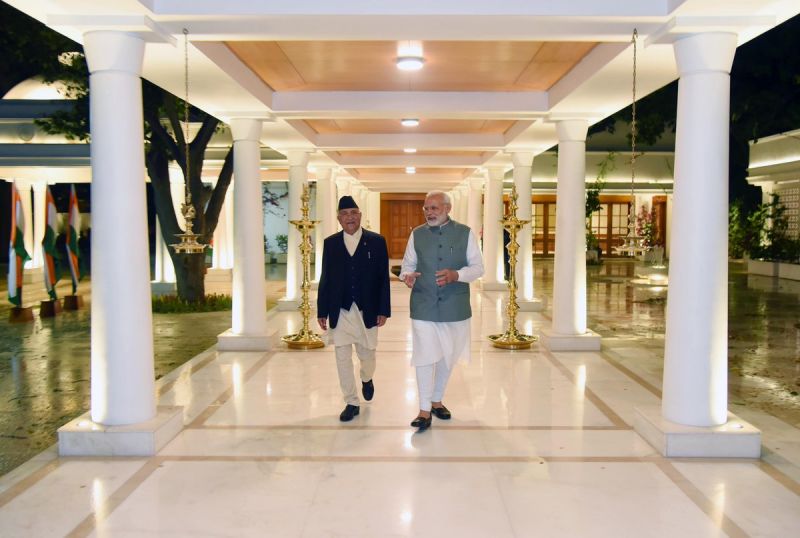 Oli will meet Vice-President Venkaiah Naidu at his residence in the afternoon. He is also scheduled to meet Union Home Minister Rajnath Singh at Rashtrapati Bhawan in the evening.

It’s a pinkwash in civic polls

Rajasthan govt to bring in assembly resolution against implementing CAA