DECCAN CHRONICLE WITH AGENCY INPUTS
Published Feb 7, 2016, 1:35 am IST
Updated Feb 7, 2016, 10:20 am IST
The life of one of the finest contemporary political cartoonist was cut short by cancer.

New Delhi: Sudhir Tailang was deeply suspicious of all authority. And he was completely unafraid. This is what made him India’s finest contemporary political cartoonist.

A career of over three decades was cruelly cut short by brain cancer on February 6. Sudhir would have been 56 on February 26. 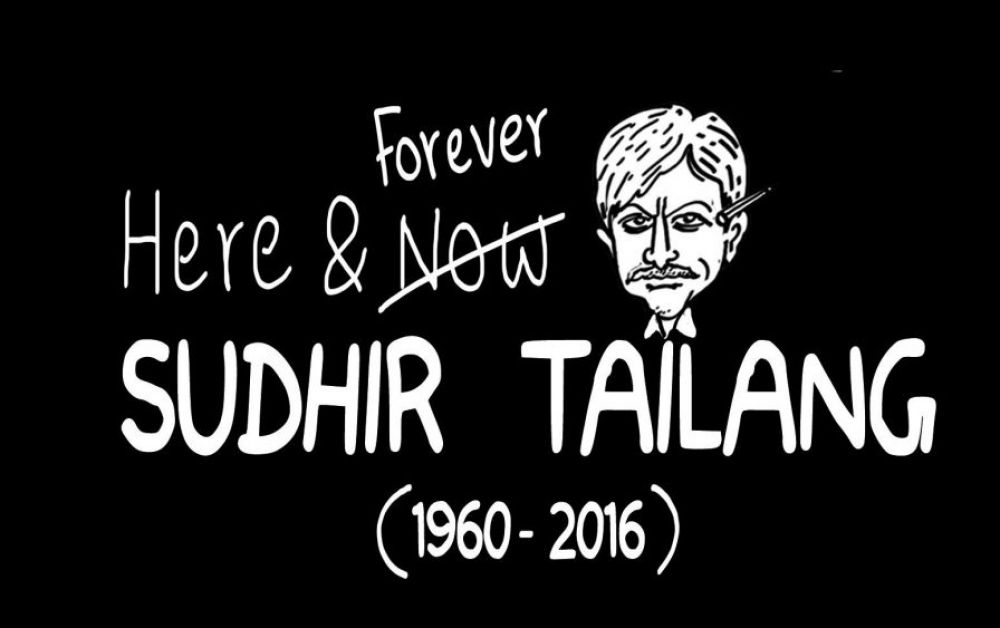 He would have been brave to the end but he would not have failed to ask God why. It was an old trait, this challenging of authority, one that we his colleagues had experienced time and again.

He had an air of old Bikaner, where he was born and which remained in his heart.

The years of drawing for various leading newspapers of the country had honed his paintbrush to a rapier points always seeking the tenderest spot, pricking, thrusting, never a wild slash.

There was nuance but never so subtle that it would escape his audience.
He could be gentle with his victim, and congratulatory very rarely.

Toons inspired Sudhir to wield the brush
Eminent cartoonist Sudhir Tailang succumbed to brain cancer on Saturday after battling it for almost two years. Tailang, who was associated with The Asian Age and Deccan Chronicle, would have turned 56 on February 26.

Survived by his wife and daughter, Tailang had been under treatment for brain cancer since 2014 and breathed last at his East Delhi residence in Mayur Vihar.

The cartoonist, who had a long association with a number of newspapers, was admitted to Medanta Medicity Hospital in Gurgaon in December but was brought home around a  month ago.

Tailang was awarded a Padma Shri in 2004. As a cartoonist, many politicians including Indira Gandhi, Rajiv Gandhi, Atal Behari Vajpayee, P.V. Narasimha Rao, Manmohan Singh and Narendra Modi bore the brunt of his brush.

It was in 1982, when he got his first major break in Illustrated Weekly of India, Mumbai.

As a child, Tailang was fascinated by comics such as Tintin, Phantom and Blondie, which is known to have encouraged him to go for drawing cartoons.
For several years he was with HT and Indian Express also.

He was with the The Asian Age and Deccan Chronicle as Associate Editor and Political Cartoonist when he died.

■Sudhir Tailang could turn ink into blood
■Strokes of genius