Telangana: See you next year, Ganesha

People enjoy themselves during the Ganesh immersion procession at Charminar on Tuesday.

Hyderabad: The Ganesh immersion has finally come to end on Tuesday, without any untoward incident. The number of idols immersed increased to 30 per hour compared to 12 in 2016. 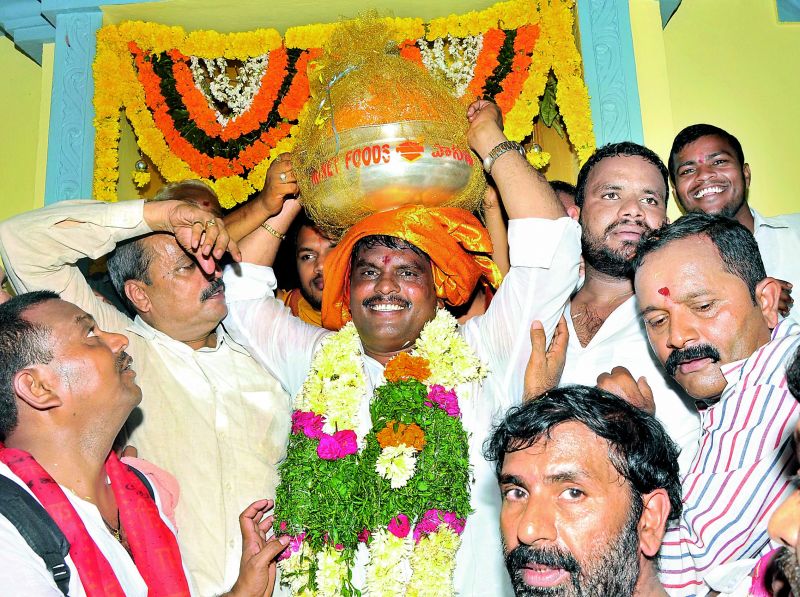 Jubilee Hills based businessman Nagam Tirupati Reddy won the auction of the famous Balapur Laddu by bidding Rs 15.6 lakh. The auction lasted for 15 minutes and the second highest bidder was Mahendra Reddy of Nagarjuna Steels, who bid Rs 15.55 lakh.

The credit for success goes to all state government agencies, who for a change worked in tandem for over two months to ensure that the Ganesh immersion was conducted smoothly. 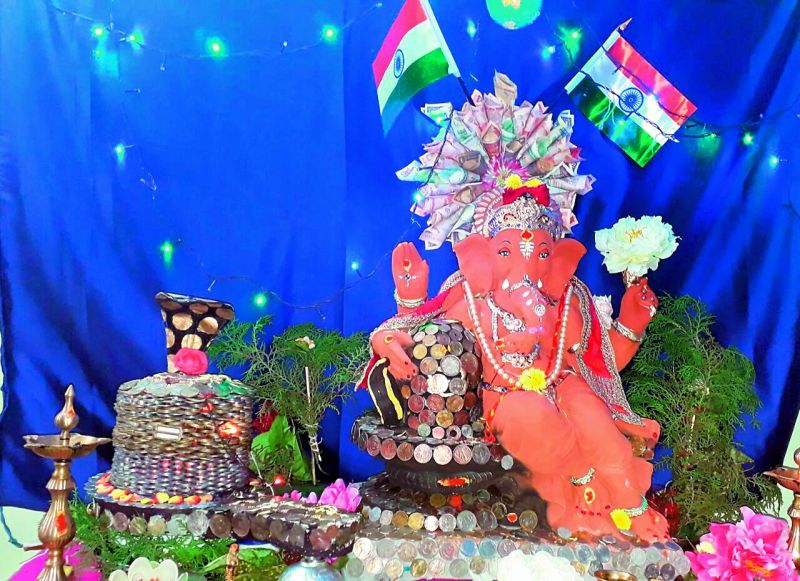 A family from Begum Bazaar built a shiva linga out of currency coins, which include those dating back a hundred years and also ones from over 30 countries.

The agencies, who involved in this were law and order police, traffic cops, GHMC, electricity and metro water board. 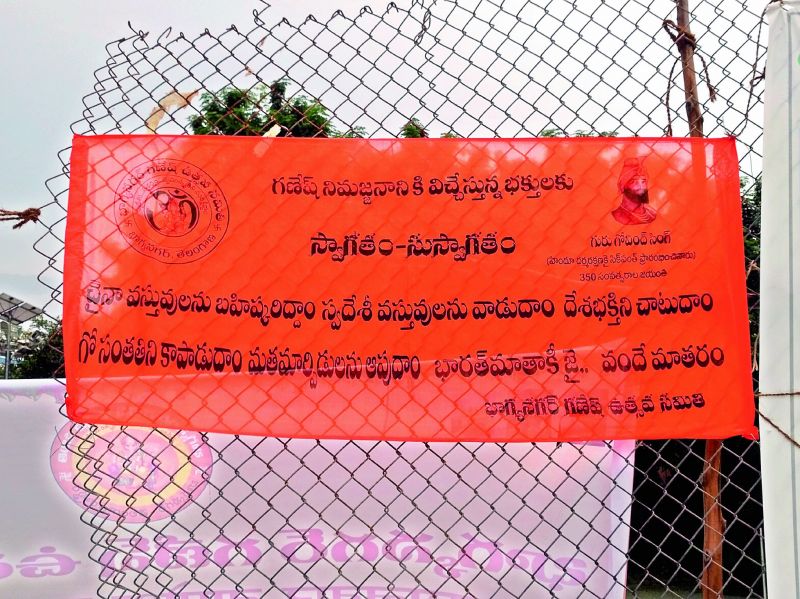 Bhagyanagar Ganesh Utsav Samiti had put up banners urging people to boycott Chinese products, and asking them to protect cows.

Speaking to this newspaper, Hyderabad’s commissioner of police M. Mahender Reddy said, “This is a result of team work. For a month, all government agencies worked in tandem with pandal organisers. We used technology to keep a constant eye on all Nimajjanam routes. The massive CCTV coverage helped us plug every nook and corner. This year we could bring out idols from all sensitive localities, and hasten the immersion process.” 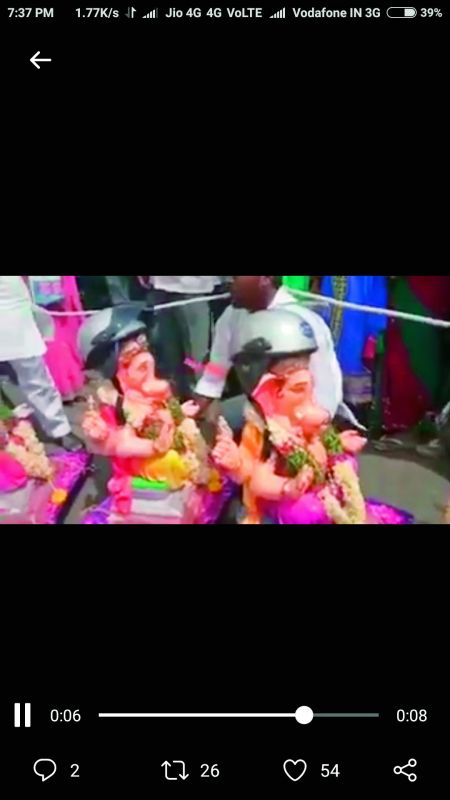 A few Ganesh idols were made to wear helmets to educate people about the importance of safe driving.

The chief of police said the immersion was likely to go on till the late hours and end in the early Wednesday. More than one lakh immersions took place as late at 9 pm on Tuesday.

The police had installed ten Avigilon make HD cameras which they had procured from Canada. Seven cameras were installed on Tank Bund and one each at Basheerbagh junction, Charminar and Madina. The cameras with PTZ (Pan-Tilt- Zoom) facility, can cover up to a maximum distance of 800 metres and are equipped with facial recognition technology. A senior police officer said that over 32,000 cameras were installed at shops and residences, giving the cops real time information.

“We had been working on this plan for the past two months. Creating awareness among organisers regarding the use of the new tanks paid off. All idols less than six feet in height were immersed in the tanks,” said a GHMC official posted at the Command Control Centre.

The city police’s initiative of geotagging idols helped the cops monitor the locations of individual idols in real time. Based on the data collected, officials posted at the CCCs informed officers on the ground about route congestions and issued the necessary directions.

Police heaved a sigh of relief with the completion of the entire procession, that was peaceful except for the delays in the procession routes.