Youth and children also admire and respect Nishu, who is popularly known as 'Ronaldo Bhai' in the Muzaffarnagar. (Photo: Twitter | ANI)

Muzaffarnagar: Defying all odds and poverty, son of a college peon at Mangal Bahadur Janata Inter College in Muzaffarnagar's Bhopa area has made it to the Indian national football team.

Over the years, Nishu Kumar has carved out a notable career for himself and is currently inspiring local boys to consider a career in football.

Youth and children also admire and respect Nishu, who is popularly known as 'Ronaldo Bhai' in the town.

Talking to news agency ANI, Nishu recalled how he started playing the game when he was just five years old.

"I started playing the game when I was five years old. We used to play it in our school ground under the guidance of our school sports teacher. I have been learning a lot from India's chief coach Stephen Constantine. He is an awesome coach," he added. 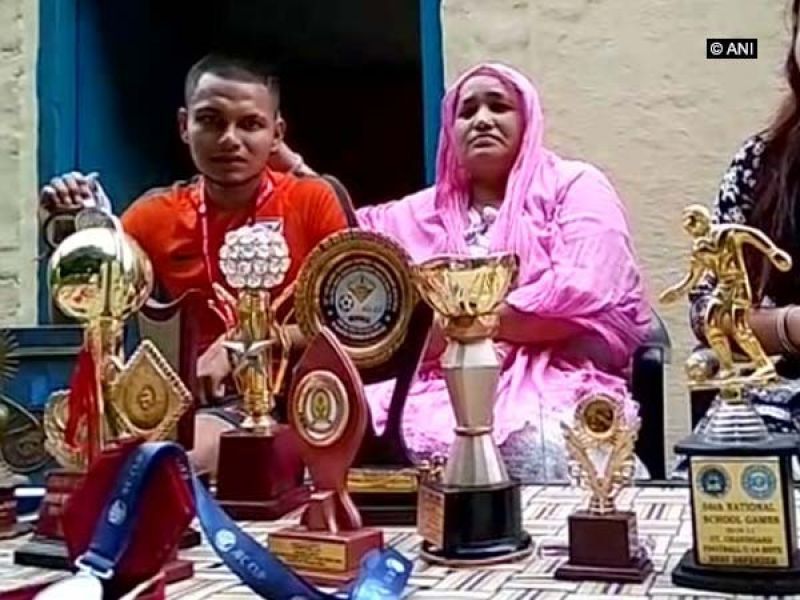 Meanwhile, Nishu's coach Kuldeep said, "He is training a dozen of children from the village. I am also hopeful that other children in the region take up football as a career."

Nishu started his football career from Chandigarh Football Academy and made his first overseas visit through the Chandigarh Academy in 2010. He represented as the captain of the Academy team.

Having been a member of India's under-15 and under-16 teams, Nishu has also played internationally in Indonesia, Malaysia, Thailand, Japan, Europe, the Gulf and Russian countries.

Nishu was initially selected in the national football team in 2017 but because of the influence of cricket in the area, his family and relatives did not acknowledge him.

Sale of steroids and blood thinners without prescription prohibited in Khammam

COVID-19 lockdown extended in Delhi by another week