Srinagar: All the five militants trapped inside a house after the security forces launched a cordon and search operation in a village of Jammu and Kashmir’s southern Shopian district on Sunday morning have been killed in a gunfight with the latter. Two security personnel were injured in the clash, the police said.

As the militant killings sparked off widespread protests during which the crowd turned violent at various places across south Kashmir, five civilians are also reported to have died in these clashes with the security forces.

Top Hizbul Mujahideen commander Saddam Padder, and University assistant professor are among the five militants killed in the encounter. The rest of the militants are believed to be Padder's close associates Tawseef Sheikh, Bilal Moulvi and Adil Ahmad. However, their identities are yet to be ascertained.

Padder was an aide of Hizbul’s popular commander Burhan Wani whose death in July 2016 had sparked off widespread disturbances in Kashmir Valley and parts of Jammu region. 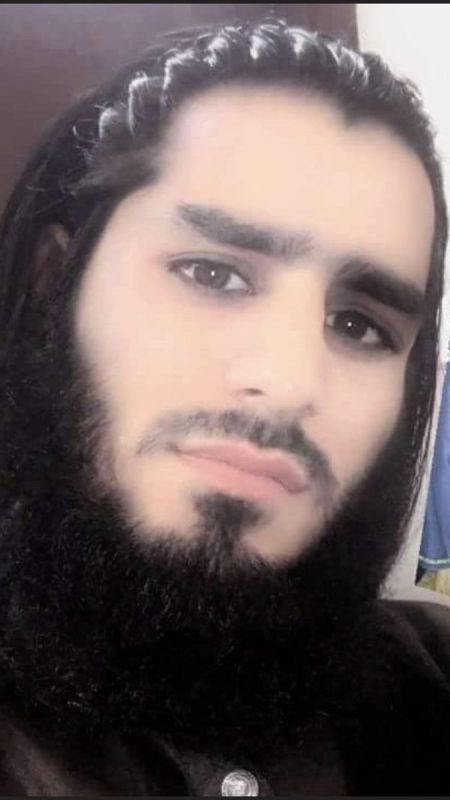 Saddam Padder was an aide of Hizbul’s popular commander Burhan Wani whose death in July 2016 had sparked off widespread disturbances in Kashmir Valley and parts of Jammu region. (Photo: File)

Dr Bhat, a lecturer of the Department of Sociology at Kashmir University, went missing from his Srinagar accommodation a few days ago. All efforts to trace him by the University authorities, the police and his family had failed.

Shopian police stated that when they learned about Dr Bhat being one of the terrorists trapped, his family was called to persuade him to surrender. However, these efforts did not yield any results.

Inspector General of Police (Kashmir range) SP Pani said that efforts made by the security forces’ officials to persuade the holed up militants to surrender failed.

“We made repeated appeals to them through public address system to surrender. We even brought their families to the encounter site to persuade them but to no avail,” he said.

SSP Shopian Shailendra Mishra had said earlier, “We appealed to them to surrender but continuous firing from inside is underway, cannot confirm the number of terrorists yet.”

The clash at Badigam, Shopian comes a day after the security forces killed three Lashkar-e-Taiba militants in an encounter in Srinagar’s Chattabal area. A local youth was also killed when hit by a police ‘bunker vehicle’ during a stone-pelting incident at nearby Noor Bagh.

The killings sparked off widespread protests across J&K’s summer capital where a complete shutdown is being observed on Sunday to mourn and protest the killings.

The police giving the details of the latest encounter between the militants and security  forces said that the Army’s 44 Rashtriya Rifles (RR), J&K police’s counter-insurgency Special Operations Group (SOG) and the Central Reserve Police Force (CRPF) laid siege to Badigam early on Sunday following inputs about the presence of militants.

As a firefight began between the reinforcements from Army’s 23 Para Commandos, 34 RR, and 3 RR, the CRPF, and SOG were rushed “to take on the heavily equipped terrorists.”

“The firefight has ended and the bodies of the militants along with several assault rifles and other weapons and warlike stores have been recovered from the encounter site,” a police spokesman said here.

He added that one SOG man Anil Kumar and an Army jawan belonging to 44 RR were injured during the clash.

Soon after the encounter started, a huge crowd assembled in the area and subsequent clashes with the security forces began, a report from Shopian said.

One of the critically injured persons identified as 21-year-old Asif Ahmad Mir died in a Srinagar hospital. He had received a bullet wound in his head, the hospital sources said. Four other people have received pellet injuries in legs, sources said.

Another protester identified as Zubair Ahmad, a resident of Rajpora area of Pulwama, was killed in security forces firing at Nagbal (Shopian).

Reports said that the Army opened fire on stone-pelters at Nagbal when a small convoy of it carrying the bodies of slain militants was moving towards Zainapora police station of Shopian.

Yet another civilian Nasir Ahmad Kumhar was also injured in clashes and died in Srinagar’s SMHS Hospital, sources said. The two other civilians killed in security forces’ actions have been identified as Sajad Ahmed Rather, a resident of Verinag, Dooru in Anantnag district and Adil Ahmed, a resident of Mahigund Ashmuji village of Kulgam.

■Forgive if I’ve hurt you: J&K prof, who joined militants, in last call to father