Srinagar: A Pakistani prisoner-a former deputy chief of Lashkar-e-Taiba (LeT)-escaped after two to three militants opened fire on policeman who were escorting him to a hospital in Jammu and Kashmir's summer capital Srinagar for medical check-up from a City prison on Tuesday.

One of the two cops injured in the shootout died minutes after the shootout and the other succumbed in hospital later in the afternoon. They have been identified as Head-Constable Mushtaq Ahmed and Babar Ahmed Khan.

The officials said that the Pakistani national Muhammad Naveed Jutt alias Abu Hanzalla who was lodged in Srinagar Central Jail was along with five other detainees taken to government-run Sri Maharaja Hari Singh (SMHS) Hospital in the City’s Kaka Sarai area for medical check-up on the advice of the jail authorities. He had been arrested by the Army from southern Kulgam in June 2014 and was presently lodged in Srinagar’s high security central prison. 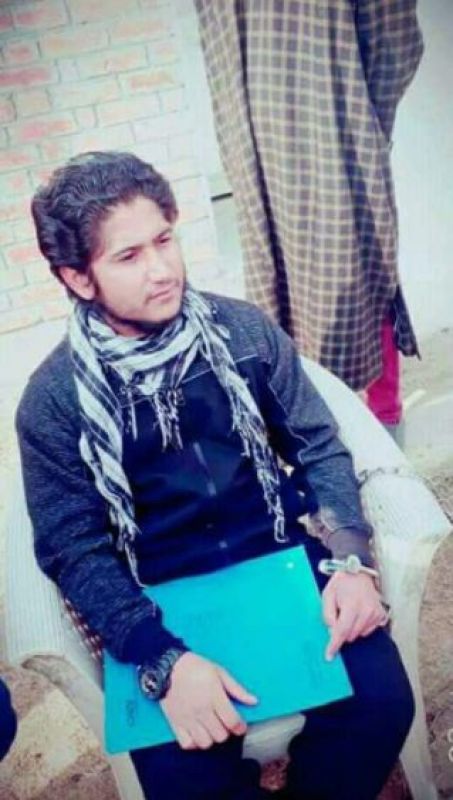 Two to three militants who were reportedly already present in the hospital premises opened fire, injuring two policemen. Naveed who was in handcuffs escaped with them, said a police official. Earlier reports had said that Naveed himself snatched the Carbon rifle of a policeman and opened fire. But DIG (Central Kashmir) Ghulam Hassan Bhat denied it

The shootout caused a commotion among the patients, medical staff and visitors inside the Valley’s one of the premier hospitals.  Amid chaos, the Pakistani prisoner and two to three gunmen fled from the place.

A statement issued by the police here said that a police party escorting the Pakistani prisoner “was fired upon by unknown terrorists resulting in injuries to two of them who later on succumbed to their injuries.” It added, “The prisoner managed to escape and a manhunt to arrest the terrorists has been launched.”

The police reinforcements joined by the members of Central Reserve Police Force (CRPF) immediately launched a search operation in and around Kaka Sarai. A red alert was also issued in entire Kashmir Valley, officials said.

The officials said that Naveed belonged to LeT’s Wasim group and was involved in a number of terror acts including the killing of a police official, a CRPF jawan  and a schoolteacher besides a series of attacks on police parties, an Army camp and a firing incident in a court complex in south Kashmir between 2012 and 2014.

Chief Minister, Mehbooba Mufti, in a statement condemned the killing of two policemen saying “it was an act of cowardice which ought to be condemned by one and all”. She also wrote on micro-blogging site Twitter.com “Pained to hear that two more brave policemen lost their lives in an attack in Srinagar today. My heart goes out to their families and loved ones”.

The police sources said that Naveed who was also known as Munnu and Chotu among the LeT cadres was arrested during a joint operation of J&K police, 62 Rashtriya Rifles of the Army and the CRPF’s 18 Battalion from a hideout in Sharmpora village of Kulgam on June 20, 2014. Abu Hanzulla was the “official” name given to him by the outfit in which he was working as deputy chief at the time of his arrest which had been described by the security forces authorities then as “a major breakthrough.”

The officials said that Naveed, a Class V dropout is son of one Mohammad Hanief Jutt (or Jat), a retired army driver and a resident of Sahiwal about 214-km from Multan town in Punjab province of Pakistan. He had sneaked into Jammu and Kashmir after breaching the Line of Control (LoC) in Keran sector of Kupwara in October 2012. He spent a few months of winter in Dachigam National Part on the outskirts of Srinagar before moving to South Kashmir where he was first appointed as the district commander of the LeT in Shopian. But being close to the outfit chief Abu Qasim, he was soon elevated to the “rank” of deputy chief.

As claimed by the officials here, he had told his interrogators that he was imparted arms training at Borevalla Sahiwala camp of LeT in Multan district where he had met Ajmal Kasab who was involved in the 2008 Mumbai terror attacks.

The officials said that Naveed was involved in a series of terror acts including the killing of an ASI of the J&K police, a CRPF jawan and a school teacher, in a shootout near the district court complex in Pulwama town in which two policemen were killed and a similar attack in neighbouring Shopian resulting in injuries to five cops. He was active mainly in south Kashmir since July 7, 2012 but before that had spent about a year in Lolab valley of frontier Kupwara.

The officials said that the slain police Head-Constable Mushtaq Ahmad is survived by wife and an adopted minor daughter about 10 years old and his colleague Khan by wife, two daughters (aged 3 and 2 years old), father, four brothers and one unmarried sister.