People walk through a flooded area of Marina Beach on the Bay of Bengal coast after heavy rains lashed Chennai for the eighth day. (Photo: AFP)

Chennai: Two people died on Saturday, taking the death toll to 12 and thousands took refuge in relief camps as incessant rains continued to lash Chennai and the rest of Tamil Nadu.

Tamil Nadu had hardly recovered from the record rainfall of Thursday when they were hit by further rain spells on Friday and Saturday adding to waterlogging woes. 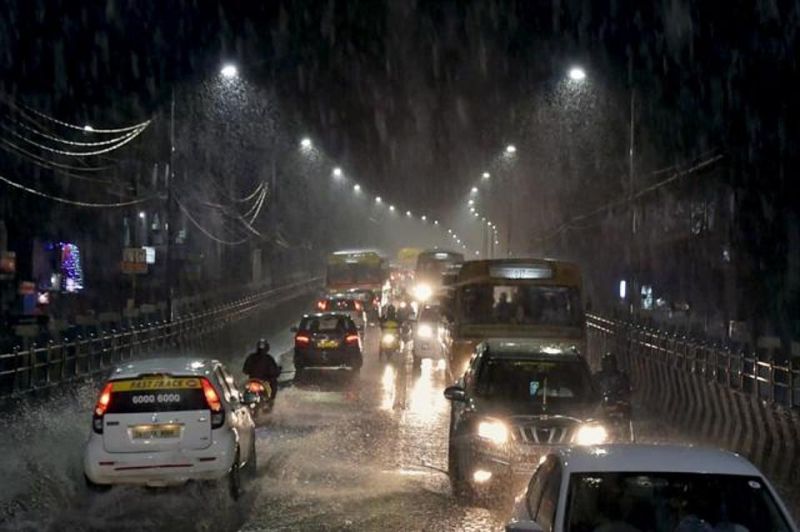 Pedestrians and commuters had to tackle badly inundated roads even as they suffered delayed bus and train services.

Traffic snarls and non-functional traffic signals added to the troubles as people sought to go about their daily tasks. 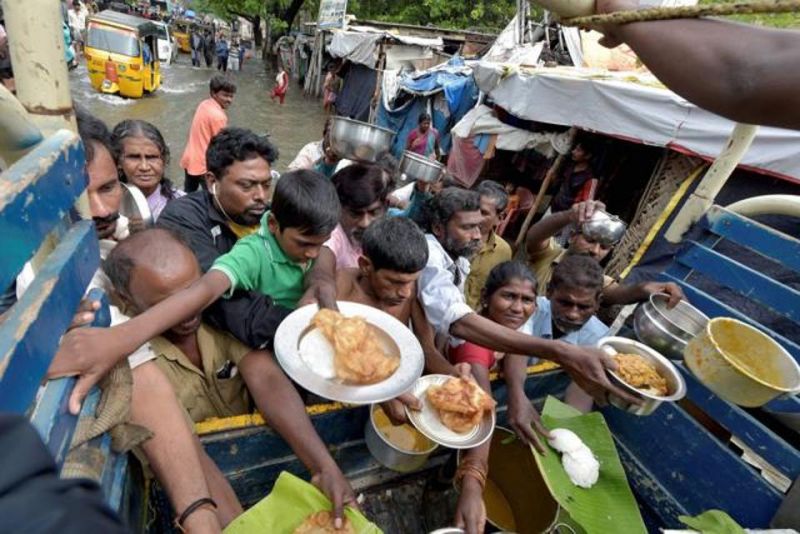 Power outages added to the basket of troubles. It was not only the residential areas that plunged into darkness due to power tripping issues, but also the railway routes — including the northern suburban Chennai Beach — Central—Tiruvallur line which were left in pitch darkness on Saturday. Power was restored by extending supply from adjacent substations after a while. 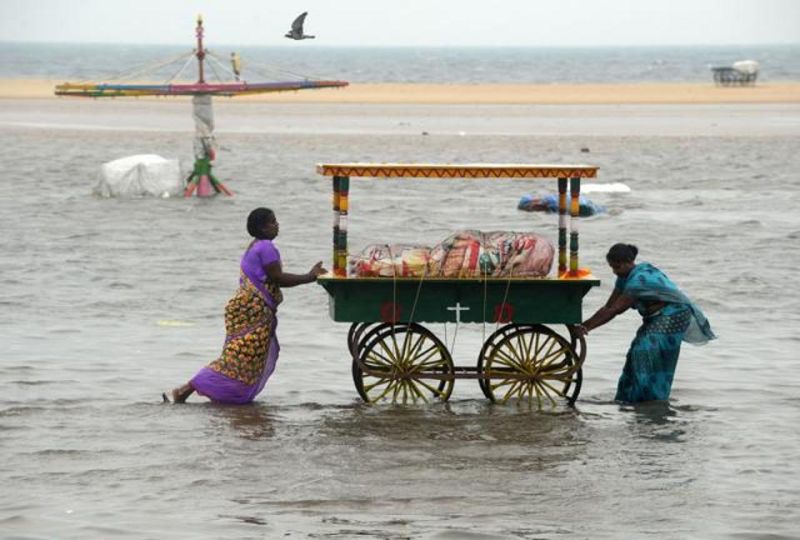 Many suburbs of the city like Mudichur in Tambaram, parts of MKB Nagar in North Chennai, Madipakkam in South Chennai and Karapakkam off Porur in Western Chennai went without electricity for several hours.

Several university exams were postponed and the state-level National Talent Search Exam scheduled for Saturday was put off to November 18.