Thajavur: From farm to coffee table

Thajavur: Food processing assumes importance in India considering the enormous wastage of food grains post-harvest and growing population to feed in future. As per a 2012 statistics, Rs 1 lakh crore worth of food grains are wasted post-harvest. How to reduce this wastage is the task before the country. While the population is growing to reach 150 to 160 crore, the country is importing pulses, cooking oil. How to put an end to this?

The Indian Institute of Food Processing Technology (IIFPT) at Thanjavur is working on facing this challenge in five to 10 years duration.

“To develop the food processing industry is the only solution to these ills,” says Dr C. Anandharamakrishnan, director, IIFPT, which is celebrating its golden jubilee this year. 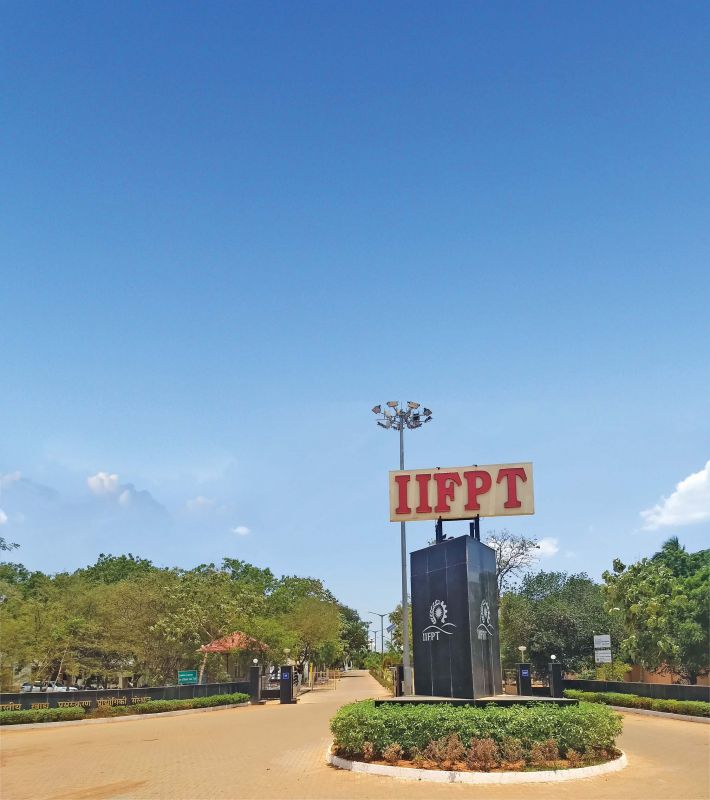 “With respect to growth of food processing industry in India, it is satisfactory, with current rate of 9 per cent to 10 per cent annually; business in India is also good but business in the world is only two per cent with respect to India. The country has produced approximately 240 million tonnes of food grains in 2017-18,” says Anandharamakrishnan.

According to him, 10 per cent of the wastage is at storage point. This is because of lack of cold storage and cold chain facilities. Union ministry of food processing is addressing this issue and has given approval for 100 cold chains.

Budget also has been increased to Rs 1400 crore this year by the ministry from Rs 700 crore last year,-thanks to efforts taken by Ms. Harsimrat Kaur Badal, Union minister for food processing industries, said the director.

The IIFPT has come a long way in the last 50 years from its beginning as a mere Paddy Processing Research Centre (PPRC).

It was upgraded into Indian Institute of Crop Processing Technology and later changed to IIFPT. “We are going to include dairy and poultry food products research also soon,” said Anandharamakrishnan.