Police personnel stand guard as they are being deployed at various sensitive places in the view of Jat agitation. (Photo: PTI)

Chandigarh: Three months after their violent agitation left 30 people dead, Jat leaders in Haryana on Sunday renewed their quota stir, drawing lukewarm response amid tight security by the BJP government which had drawn severe flak over its handling of the protest last time.

"The state remained peaceful and no untoward incident was reported from any part. Also, the traffic was normal as neither any highway nor any railway line was blocked by the protesters," Haryana's Additional Chief Secretary (Home) Ram Niwas said.

He said that in many districts, no protests were held by Jat community members. At some places where the protesters sat on dharna, they submitted memorandums to the Deputy Commissioners and lifted the dharna after some time, he said.

Nearly 20,000 security personnel from central and state forces kept a a close vigil across the state, including on national highways and railway tracks which the protesters had blocked for several days in February.

Jat leaders in Jassia village of Rohtak district, the epicentre of violence during the stir, held a 'havan', as the second round of the agitation started on a tepid note with influential Khap panchayats and some Jat factions distancing themselves from the protests.

All India Jat Aarakshan Sangharsh Samiti (AIJASS), which gave the call for the protest, said they held dharnas in 15 of the state's 21 districts and in Delhi and will hold more protests in the national capital as well as other states in the region to garner support for their demand.

AIJASS president Yashpal Malik said the protests were peaceful. He said the AIJASS will also hold symbolic dharnas at other places including Delhi, where one such protest was held this evening, and other states to garner support for the demands raised by the Jats in Haryana.

"We started from Haryana today. We also held dharna in Delhi this evening. Afterwards, we will decide on further dates for Delhi," Malik said, adding in days to come these 'symbolic dharnas' will also be held in states including Madhya Pradesh, Uttar Pradesh, Rajasthan and Uttrakhand. 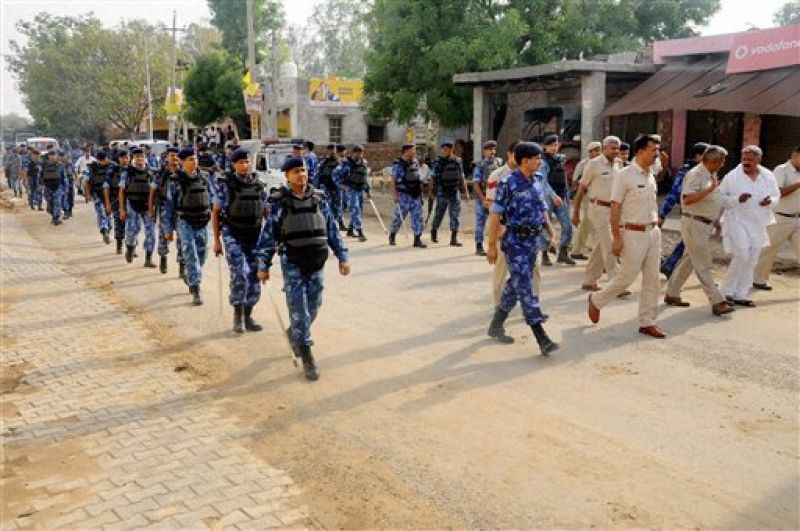 The Jat protesters are demanding quota under OBC category, withdrawal of cases registered against community members during the previous stir, status of martyrs for those killed and jobs for their next of kin, besides compensation for the injured.

The agitation this time was restricted to so called 'Jat belt' comprising districts like Jhajjar, Sonipat, Rohtak, Panipat, Hisar, Fatehabad and Jind.
"There are small groups of protesters mainly in the rural areas. The total number throughout the state would have been no more than 2000," an official said.
At places like Yamunanagar, Panchkula, Faridabad, Gurgaon, Palwal and Sirsa, no dharna was held.
"It has been peaceful. We are fully geared up to meet any kind of situation during the agitation," Haryana's Additional Director General Police (Law and Order) Muhammad Akil said.

Polls in Atmakur on June 23

Air connectivity from Kadapa to other cities