Telangana: Lightning? Fret not! Metro has you covered

Hoarding falls off, electricity wire snaps off due to heavy wind on Thursday.

Hyderabad: During a thunderstorm, it is safe to take shelter underneath or inside Metro stations as they are installed with lightning arresters.

Making this announcement on Friday, Metro Rail managing director N.V.S. Reddy said, “Lightning arresters have been installed on the rooftops of all Metro stations and other important installations. They are also fixed to several electrical posts on Metro viaducts. These arresters can absorb the high-voltage charge of a lightning bolt and transmit it safely to earth, safeguarding the Metro installations and passengers.”

Lightning of moderate to severe intensity struck the state, with at least three people reported dead in Hyderabad and neighbouring areas and two in Nalgonda district. 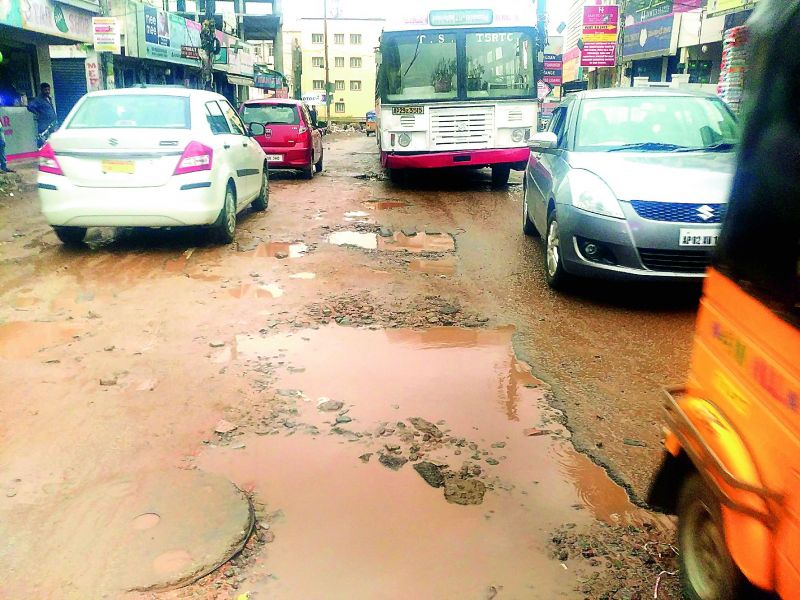 Roads heavily damaged due to rains at Bowenpally.

Reddy added, “Metro trains are absolutely safe as they have completely earthed systems. At any point, a train is connected to the track, which in turn is equipped with an earthing arrangement.”

This apart, in case of a high-intensity earthquake, though Hyderabad is not in an earthquake-prone zone, the effect on the Metro will be nil.

Reddy said, “Each pillar has been installed with seismic arresters. The equipment is installed at the top centre of the pillar and arrests the viaduct. Though each viaduct looks independent, it is connected through a rod, which will not allow the viaduct to be affected even in case of extreme earthquakes. Hyderabad does not fall in a high-intensity zone but the arresters have been installed to be on the safe side, as earthquakes cannot be predicted.”

The weather department has issued a thunderstorm warning for all districts of Telangana on May 5. The city is also likely to witness rain or thundershowers in the evening or at night on Saturday.