The city in shambles – be it the management of roads, garbage, infrastructure, housing, water supply or transport. One of the key factors to take up all these measures is funding.

The city in shambles – be it the management of roads, garbage, infrastructure, housing, water supply or transport. One of the key factors to take up all these measures is funding. But one look at how the finances are managed by the stakeholders - BBMP, BDA, BWSSB and BMTC, reveals where the problem lies. Janaagraha has just done that and statistics point to widespread financial indiscipline.

Whether its the  garbage mess, poor lake conservation or the inefficiency of the city's public transport, the civic agencies concerned have a stock reply when confronted. “We simply don't have the funds,” they almost always insist. But there is more to it.

A detailed study  by the Janaagraha Centre for Citizenship and Democracy focusing on financial discipline in the BBMP, Bengaluru Development Authority (BDA), Bengaluru Water Supply and Sewerage Board (BWSSB) and the Bengaluru Metropolitan Transport Corporation (BMTC) over the last five years has found a huge gap between their projected budgetary provisions and the actuals in terms of revenue generation and expenditure. The variance is so high in some agencies that it makes a complete mockery of their budgetary projections.

Read: Guest column - Local governing bodies need to buck up and do a better job 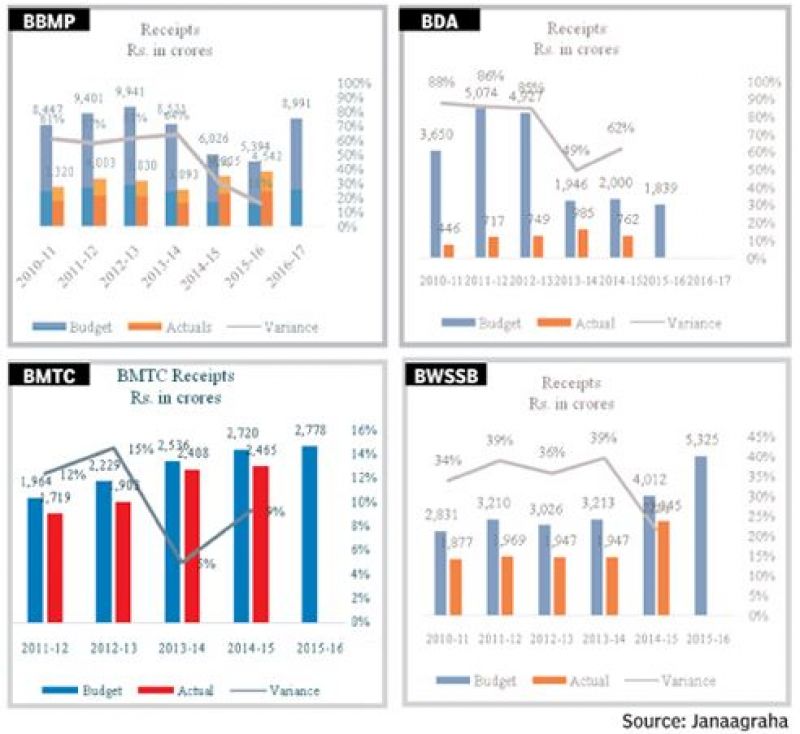 While the scam-hit BDA, which saw a turnaround during the S M Krishna
government, tops the list with a variance of 74 per cent, it is followed by the BBMP, which is guilty of a 55 per cent variance. The BWSSB comes next with 34 per cent and the BMTC, with merely 11 per cent, mainly thanks to the fact that  it is run as a corporation. 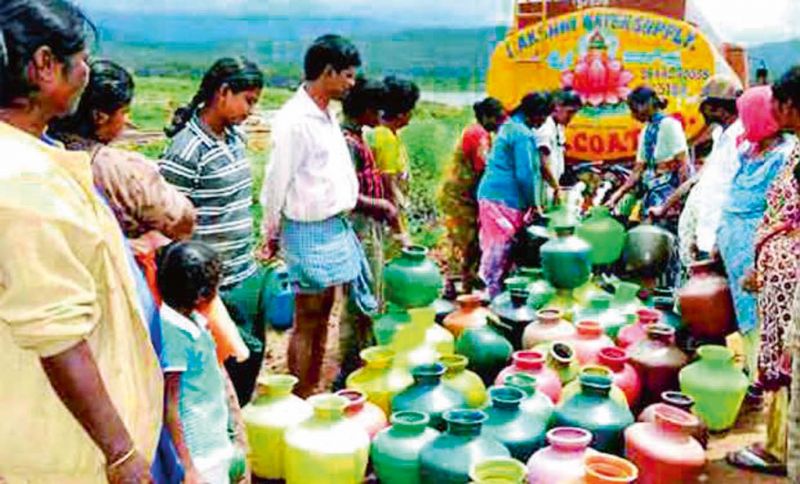 Shockingly, over the last five years, the BDA has managed to earn less than 25 per cent of its projected revenue, raising funds only by way of auctioning corner sites in the city.  From being a loss- making agency to becoming the most profitable government agency between 2001 to 2004, it has gone on to become scam-hit and tainted today, so much so that  it is now  dubbed a real estate agency serving the interests of politicians and bureaucrats.

“The politicians and babus are happy milking the cow. De-notification scams, the alternative site scam, allotment of sites to relatives of powerful individuals and the lack of will to provide housing solutions has left the BDA in tatters. It is only prudent to shut it down before it does more damage to the city,’’ says a retired IAS officer, who once headed it. Not surprisingly there is  a shrill cry for a CBI probe into the affairs of the agency, which is degenerating at the same rate as the city is. 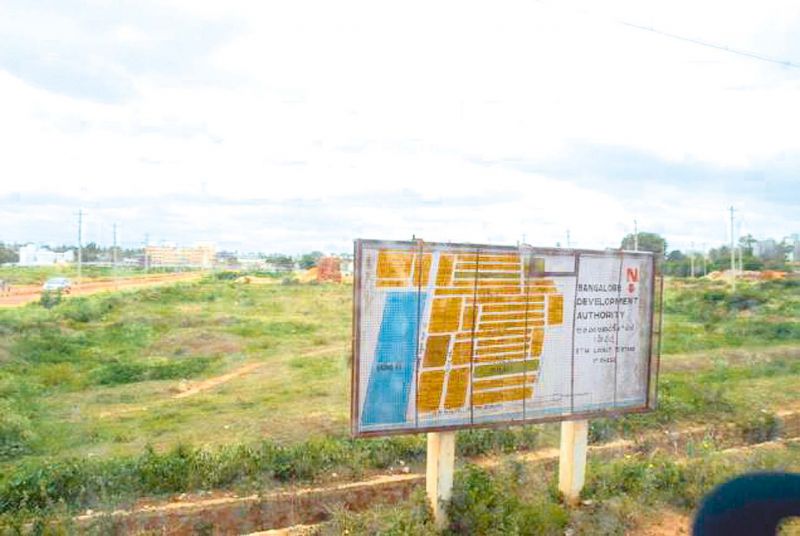 As for the BBMP, Mr Anil Nair, senior manager, Advocacy, Janaagraha, believes its revenue base needs to be significantly strengthened for it to bridge the gap between its anticipated collection and the ground reality.  “The state government needs to give the BBMP access to more revenue in terms of entertainment and profession tax and also a larger share of stamp duties, registration charges and the motor vehicles tax.

The BBMP  too needs to be smarter in both assessing and collecting revenue, and  optimising the returns on its real estate assets. On property tax too, it has a lot of catching up to do in terms of assessments and collection. The Pune Municipal Corporation with a population of just three million, collected over
Rs 1,000 crore in 2015-16 as compared to the BBMP’s Rs 1,350 crore. Advertising revenue too remains largely untapped despite Bengaluru’s vibrant economy and population,” he deplores. 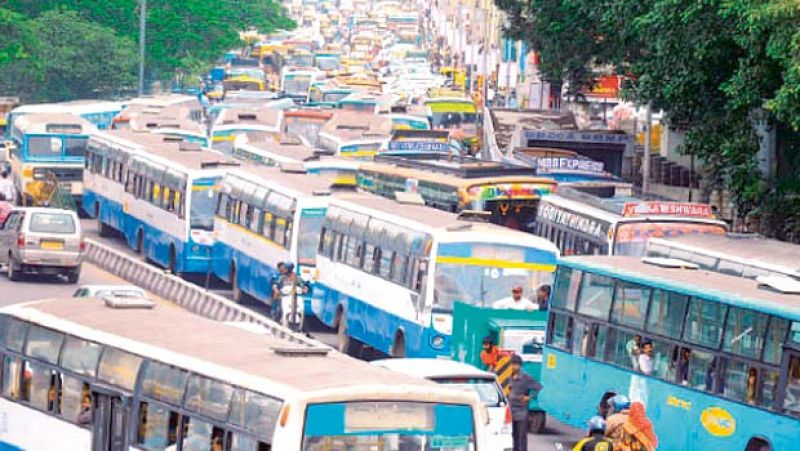 While the BWSSB and BMTC come off better in the study,  they have little to excuse them even for the relatively less variance they show in budgetary projects and actual earnings given their strong revenue generating avenues, civic activists point out. While the BWSSB regularly gets revenue from its water bills, the BMTC earns every day through ticketing and bus rentals for IT companies and private parties, they note.

■Guest column: Local governing bodies need to buck up and do a better job

All SSC students in Telangana declared as pass