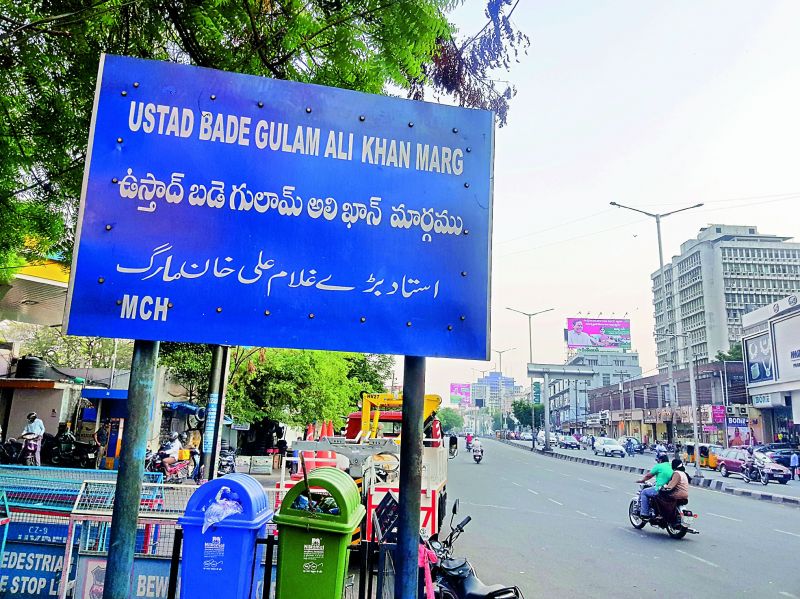 If few people know it, it is because the name of the road is not visible on the signboard under the flyover as the traffic police has put a box on it.

Surmandal president Mohan Hemmadi pointed out that the original road sign was on the left side of the road and had marble cladding. Due to the road widening, that was removed and the GHMC put up this board which has a wrong spelling. The name should read ‘Ghulam’ not ‘Gulam’.

The road was inaugurated by the famous singer late Dr M. Balamuralikrishna and dignitaries like the DGP R. Prabhakar Rao and vocalist Pandit Jasraj were present. The Ustad’s great grandson Fazle Ali Khan, then a child, was present too.

Mr Hemmadi recalled that Ustad Bade Ghulam Ali Khan had paid a visit to his home about three months before he passed away. He came on crutches with great difficulty because he liked him, Mr Hemmadi said. He said that the Ustad blessed them and he gave the name Surmandal to their music circle.

Highest per-day spike of 827 positive cases in Tamil Nadu, death toll up to 145