Hyderabad: At a time when Indian and Pakistani forces are charged up against each other, here is a story that mirrors the principles and professionalism followed by the Army. A letter narrating the bravery of a Pakistani soldier during the 1999 Kargil war and written by Brigadier M.P.S. Bajwa, an Indian Army officer, resulted in the Pakistan government awarding him the Nishan-e-Haider, its highest gallantry award, posthumously. 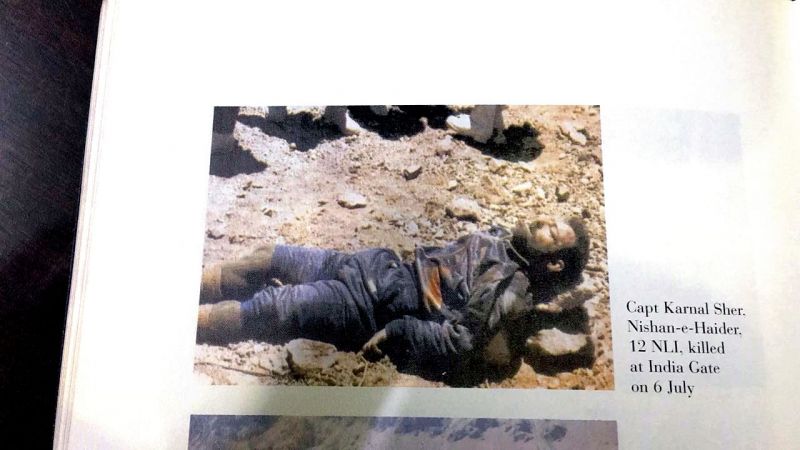 Brig. Bajwa, commander of the 192 Mountain Brigade, was assigned the task of capturing Tiger Hill. He accomplished the mission which resulted in the death of several Pakistani soldiers. While bringing down the body of Pakistani Captain Karnal Sher Khan, Brig. Bajwa found a letter written by his wife in Urdu which impressed him.

He wrote a letter of appreciation stating that Capt. Khan had fought very bravely and must be given due recognition and tucked it in his pocket. The letter eventually made its way to Pakistan, and Brig. Bajwa was thanked by Capt. Khan’s father in a letter.

“On the hill were deployed the 18 Grenadiers who were earlier involved in the battle of Tololing, 8 Sikh and approximately 25 other soldiers. I tasked 18 Grenadiers to capture Tiger Hill Top with their Ghatak platoon with other companies from the south western and eastern directions. 8 Sikh company was commissioned to prevent any counter-attack.”

On July 4, 1999, the Ghatak platoon headed by Capt. Balwan Singh of 18 Grenadiers managed to dominate the top, and support was rushed to them. This scene was depicted in the Bollywood movie Lakshya, he said.

Brig. Bajwa recalled, “The next day (July 5), at about 6.45 am, there were counter attacks from Pakistan. A weak platoon of 20 men came from the opposite side but were beaten back by the 8 Sikh. Subsequently, a fierce attack led by two Pakistani officers (Capt. Karnal Sher Khan of 12 Northern Light Infantry and Major Iqbal of Special Service Group killed our junior commissioned officers.”

“At one time a situation arose wherein we had both our officers wounded with three JCOs and 18 soldiers dead. The participation of Major Iqbal was not very evident, it was Capt. Sher Khan who was wearing a tracksuit and time and again motivating the enemy to press on. The situation became like the battle of Saragarhi (shown in the film Kesrai),” Brig. Bajwa recalled.

After the battle, the Indian Army buried 30 Pakistan soldiers. While bringing down the body of Capt. Sher Khan, Brig Bajwa found a letter written by his wife in Urdu.

“Before dispatching the body to Delhi, I informed my GOC of Capt. Sher Khan’s bravery and told him of my desire to write a small letter of appreciation. I wrote, ‘Capt. Karnal Sher Khan fought very bravely and must be given his due recognition’. The paper was placed in his pocket,” he said.

“Initially, Pakistan refused to take his body saying that their soldiers had never fought in the Kargil war, but later the body was accepted by Pakistan. It was heartening to learn that he was awarded the Nishan-e-Haider posthumously. Later, the Indian Army received a letter of thanks from his father,” Brig. Bajwa said.

History is also witness to an Indian officer being awarded for bravery after recognition from the Pakistani forces. During the 1965 Indo-Pak war, Squadron Leader A.B. Devayya was awarded the Maha Vir Chakra 23 years after his death.

If BJP misuses ED, all state ministers would be in jail: Bandi