TIRUCHY: Society for Conservation of Nature (Sofcon), fighting for the protection of green cover as well rear tree species, especially the heritage trees, has called for prominently displaying hoardings with the details of names of the trees (both scientific and vernacular), their measurements, age and other ecosytem values, to enable the viewers to read and understand the values of the trees. But such hoardings should not damage the trees they seek to publicize, it made clear.

The Sofcon’s founder-president, V. Sundararaju told DC here that the Forest department should take a suitable initiative to provide such hoardings in coordination with the State Highways department and private temple authorities and dedicate heritage trees with the help of the district administration to the people of the state. ‘Once wide publicity is given about the important values of the heritage trees, the protection part will be taken care of by the people themselves,’ he added in a chat with DC. 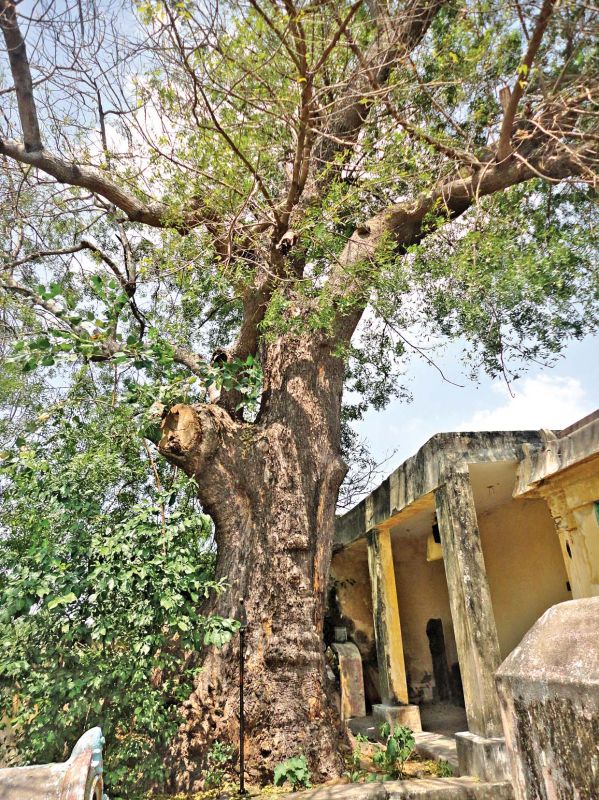 Prof Sundararaju further said that since most part of the delta region has very good potential for raising agricultural crops, farmers would have thought that the shade provided by the trees might retard the growth of the crops raised. Probably proper thrust was not given in the past as done in recent years about greening the land and as a result, sufficient awareness is not there among the people, he rued.

Mr. Sundararaju, a retired IFS Official, also emphasised that as the region does not have a considerable land area under forest cover, it is high time that sufficient thrust should be given for creating more tree cover by planting more and more number of trees in private lands and other available wastelands.

The Forest department has taken up the task of creating the tree cover all over the delta region in addition to helping the fisherfolk to release ‘Dugongs’, which are caught accidentally in their fishing nets in the Palk Bay as the marine animal increases the availability of sea-grass, which in turn helps to reduce global warming by sequestering the release of carbon dioxide into the atmosphere.

With this idea in mind, the Sofcon has identified certain heritage trees including a 300-year-old Arasamaram (Ficus Religiosa) near Muthupet, on the Pattukkottai-Muthupettai highway, a 100-year-old Kodukka Puliya Maram (Inga Dulcis) at Pulavankudiyiruppu, on the Thanjavur-Pattukkotai highway,  and a 200-year-old Veppa Maram (Dirachta Indica) near Patteswaram near Kumbakonan. These trees need proper upkeep and attention as they are found in private temple premises and on the State Highways Roads, he added.

As the tree species of Arasu, Vembu and Kodukkapuli are fruit-yielding, birds like bulbuls, barbets, pigeons, mynas, Orioles, treepie, crows, etc., often visit the trees and make the environment vibrant and lively. Above all, the trees purify the atmosphere by way of sequestering carbon dioxide and release of oxygen, he claimed.