Mayor Gangambike with the dry fruits packet covered in plastic that she presented to B.S. Yediyurappa

Bengaluru: Now, here's an official with a conscience! While traders and street vendors were being slapped with hefty fines for using low-grade plastic, Bengaluru Gangambike Mallikarjun was caught using a banned plastic sheet. But instead of dodging the issue, she took responsibility and paid a fine of Rs 500! Voluntarily.

A few days ago, Ms Gangambike went to greet newly inducted Chief Minister Mr B.S. Yediyurappa and presented him a garland and a shawl. She also handed over a dry-fruit basket to the chief minister.

The photos of the courtesy call did the rounds on social media, and one image caught the attention of netizens... that of a fruit basket she presented to the chief minister which was covered in a low-grade, banned plastic sheet. 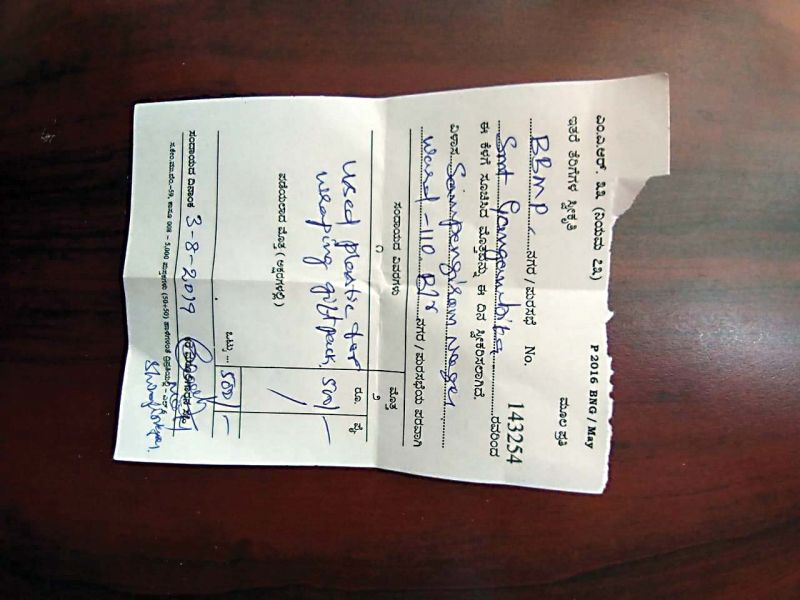 They immediately raised a hue and cry  and wanted to know from Ms Gangambike how being the first citizen she could flout the plastic ban. The mayor accepted her mistake and voluntarily paid out the Rs 500 in fine.

Talking to Deccan Chronicle, she said that there are two types of plastics. “One which has an alternative like carry bags, which can be replaced with jute and cloth bags, while the other has no alternatives as of now."

“The plastic cover for the fruit basket comes under the second category.

We are still trying to find alternatives to such plastics. As the first citizen of Bengaluru, I did not wish to set a wrong example. I voluntarily approached the BBMP Health Wing and paid a fine of Rs 500,” she said.

KCR to tour Telangana after inauguration of Telangana Bhavan

States panic as virus strikes back