CCTV shows how Delhi's Burari family organised their own hanging

Policemen stand near the wall where 11 pipes seen protruding out of the house, where 11 members of the same family allegedly committed suicide, at Burari, in New Delhi. (Photo: PTI)

New Delhi: The mysterious death of 11 family members in north Delhi’s Burari continue to leave investigators looking for possible angles that prompted the Bhatia family to hang themselves on Saturday night.

CCTV footage has established that there is no role of an outsider in the deaths, reports NDTV.

In a screengrab from a CCTV camera with a view of the entrance of the Chundawat house is seen members of the family carrying stools , later used in mass hanging which rendered 11 members dead, at Burari area in New Delhi. (Photo: PTI)

All the members apparently died together around 1 am.

The evidence also indicates that the family didn't expect to die and that they had believed they would "emerge stronger" after a bizarre mass ritual.

The footage accessed by NDTV gives glimpses of a family voluntarily following the instructions of a man possessed - Lalit, 45, the younger son of the 77-year-old matriarch Narayan Devi.

The diary notes were his, and indicate that Lalit hallucinated about his father, who died 10 years ago, advising him on salvation.

According to the report, another person who wrote in the diaries was Lalit's 30-year-old niece Priyanka, who had been engaged on June 17 and was scheduled to get married later this year.

The diary notes, accessed by NDTV, also show that the family may have thought the spirit of Lalit's father would save them. The last sentence in the final diary, written on the day of the suicides, read: "...keep water in a cup, when it changes colour, I will appear and save you." After the "ritual", everyone was to untie each other.

Footage also shows that the family's youngest, 12-year-old Dhruv and 15-year-old Shivam, went to a furniture store downstairs and brought the wires used in the hangings. They were tied up by their parents.

On Sunday morning, 10 members of the family, including the schoolboys, were found hanging in the hallway. The wires were hung from a grill in a manner that could be managed only by an insider with access to the roof, the police say.

The members were blindfolded, gagged and bound - except Lalit's wife Tina, who may have tied up all the others. The 11th member, Narayan Devi, was found dead on the floor. Nine members had shared five stools, reports NDTV.

"This was a final thanksgiving to the spirits," said a police officer, explaining that the family had attributed a run of good fortune to Lalit's instructions. Their finances had improved drastically and Priyanka had been engaged after a long struggle to find a match.

In the final diary entry on June 30 (Saturday), there were instructions titled "Bhagwaan ka raasta (Road to God)". It said nine people would hang from the "jaal" (a grill) and one person, "Baby" - the widowed sister of Lalit and his older brother Bhuvanesh - would be near the mandir (temple), on a smaller stool.

The notes detailed the exact time for specific tasks; food had to be ordered at 10 pm, "mother would feed everyone roti" and the "kriya (final act)" would be performed at 1 am.

The faces, ears and eyes were to be covered with "doctor's patti (bandage)".

The steps were followed to the second, according to the timeline pieced together by the police with help from the diary notes and CCTV footage.

10:00 pm - The older daughter-in-law of the family brings in the stools.

5:56 am (July 1) - Truck leaves behind milk cartons, which remain untouched.

7:14 am - Neighbour enters and finds the bodies.

The police are investigating the theory of shared psychotic disorder that could have led to the mass suicide. 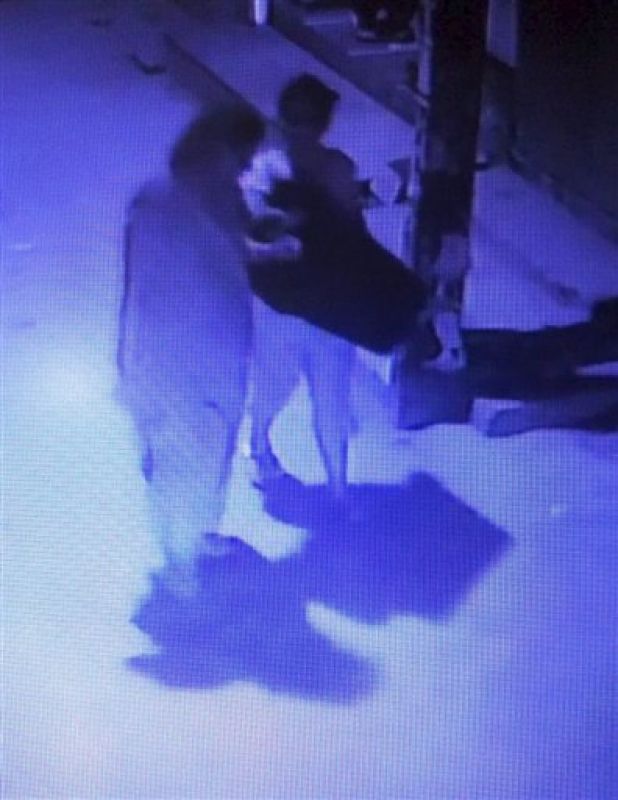 In a screengrab from a CCTV camera with a view of the entrance of the Chundawat house is seen members of the family carrying stools , later used in mass hanging which rendered 11 members dead, at Burari area in New Delhi. (Photo: PTI)

SC slams Nupur Sharma; says she 'must apologise to nation'

Modi speaks to Putin on trade; calls for talks on Ukraine war