Rabesh Kumar Singh, a mechanical engineering student of Indian Institute of Technology (Indian School of Mines), Dhanbad, had asked the Prime Minister for the garland on Twitter, which he wore during a public rally in Madhya Pradesh last month.

"I was listening to you on Panchayati Raj Day; you gave a very nice speech. I liked the gold-coloured garland you were wearing. Can I get the same?" Rabesh Kumar Singh asked Prime Minister Narendra Modi in a tweet.

The next day, the Prime Minister sent the same garland to the student along with a letter which read, "I read your message on Twitter where you expressed your liking for the garland I wore at Mandla on Panchayati Raj Diwas. I am sending you a letter along with the garland as a gift. I wish you all the best for the future." 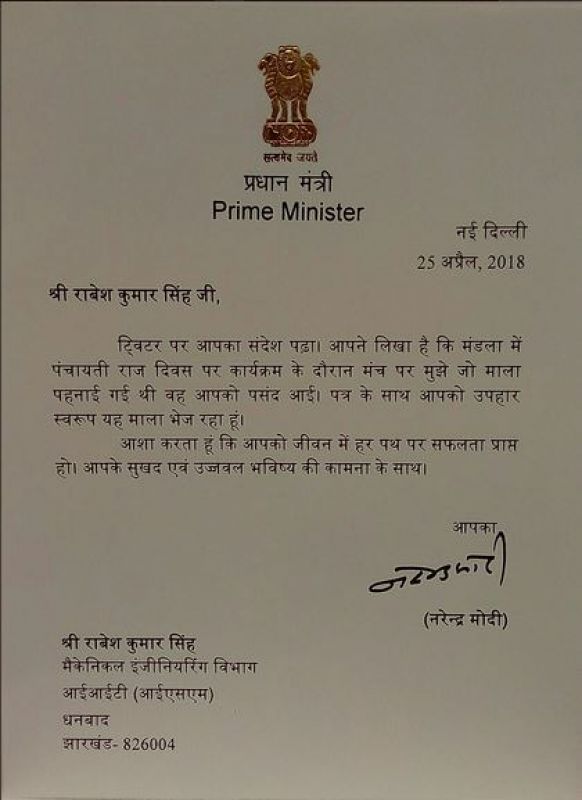 The letter sent by Prime Minister Narendra Modi along with the same garland that Rabesh Kumar Singh asked for. (Photo: Twitter | @RabeshKumar)