Right to Education: Krithika gets seat in Urdu school!

Now parents are upset and don't want to send their child to an Urdu medium school.

Bengaluru: The Department of Public Instruction (DPI) has claimed that the allocation of 25% of seats under the Right to Education (RTE) in private unaided schools to children from disadvantaged sections is foolproof. But several students who were allotted seats under various categories have declined to join schools for various reasons.

Here is an example. According to the list published by the DPI, Madrasa E Zainab School with DISE number 29280602167 has Urdu as medium of instruction. On April 28, while allocating the first round of RTE seats, a girl, Krithika B. (application number 153136) an SC, has been allocated a seat in this school.

Now parents are upset and don't want to send their child to an Urdu medium school. An RTE activist, Mr Devraj, who is now fighting for the cause of the parents, said this is how the online mechanism can create problems for the poor. "Her parents didn't know how to apply online. They depended on a web operator, and his negligence has created problems for them," he said.

What is the issue
A girl student from the SC category wanted to apply for an LKG seat in her neighbourhood. Her parents are illiterate and requested a web centre operator to fill the RTE form. While filling the application, the operator selected Urdu school. Now she has been allotted an LKG seat in an Urdu school.

What do parents say
The parents said that they do not want to send their child to the Urdu medium school that has been allotted to the child.

What do activists say
R Nagasimha G. Rao of the RTE Task Force said that one solution left before the DPI is to allocate RTE seats through counselling. 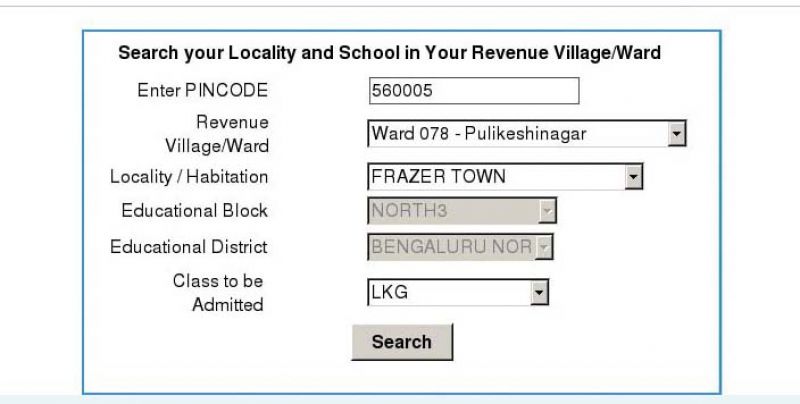 Every child can’t get a seat: DPI
In response to a Deccan Chronicle report, ‘RTE lottery sham, fume parents’ (April 30), DPI officials said that the news report has given an inappropriate picture and has not taken the views of departmental officials. It is obvious that every child will not get a seat, because the total number of applications are 2,02,326, while the seats available are 1,28,632. "But, the report has portrayed a negative picture by taking interviews of only those children who have not succeeded in the lottery and has shown the process in a bad light. It is also obvious that every child will not get the seat in a school of its first priority. Depending on their marked preferences, and their lottery number, the available seats would be allotted. Shamming a very efficient process creates doubts in the minds of the public about the entire system and also causes unrest in the minds of the parents who have applied for the seats. It also causes distrust in the system, which is trying to improve and evolve, every year. It also demorali
ses the workforce involved and dedicated to improve the system. Thus, the department disagrees with the views expressed in the article," the department stated.