The college is only lacking in graduation outcome has it got 35.54 which is lower for the top colleges.

Chennai: The 178-year-old Presidency College in Chennai has produced two Nobel laureates Sir C.V. Raman and S. Chandrasekhar, one of the eminent scholars and former President S.Radhakrishnan had worked here as the faculty member.

U.V. Swaminatha Iyer, a famous Tamil scholar who revived the classical Tamil literature, also worked in the college as a professor here. 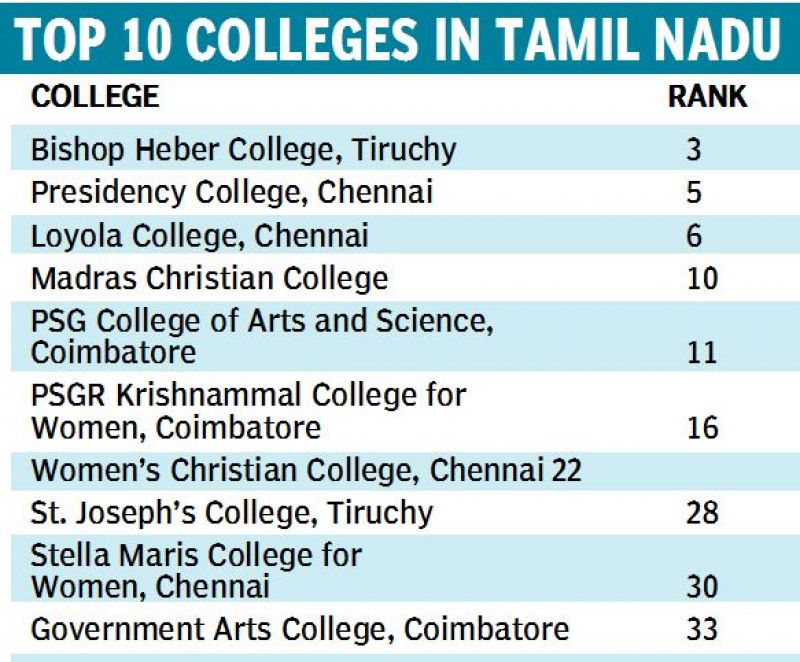 But it all seemed like a distant memory as the college lost its position as one of the premier colleges in South India and the students of the college often indulged in violence.  The NIRF rankings 2018 have placed the Presidency College in the 5th rank, along with the company of some of the best colleges in the country.

The high research publications in the past one year have pushed the college into the top 10. In the Research and Professional Practice parameter alone the college scored 99.27 whereas the top-ranked Miranda College in Delhi got only 29.78 in this parameter. The perception of the college also improved as it scored 65.2 in this factor.

“We have about 1,000 research scholars in our university. Our faculty members in departments like Physics, Chemistry, Geology and Biology are doing top class research as their articles getting published in the top research journals,” said T.Pramananda Perumal, principal, Presidency College.

The college is only lacking in graduation outcome has it got 35.54 which is lower for the top colleges.

“We have identified the student body elections causing animosity among the students which was also one of the main causes for the violence. So, we have abolished student body elections from 2017 which has led to the peaceful atmosphere in the college campus,” he said adding the peaceful atmosphere has resulted in more academic activities in the recent years.

The college has students from the poor and lower-middle-class background. It also started various sports and other activities to have the overall development of the students. In three years, the college has turned from a battleground to the academic institution.

“We have partly restored our old glory. But, still, we have to travel a long way,” Pramananda Perumal said.

Two other colleges Loyola College and Madras Christian College also got into the top 10 ranks.

Loyola College which was ranked 2nd last year has slipped four places to 6th rank. Loyola College Principal Rev. M.Arockiasamy Xavier said, “The difference is very narrow among the top colleges. Unlike other colleges, the Loyola College works for the overall development of the students.”

“In our college, students have the freedom to pursue sports, arts and research,” he said.

Madras Christian College has moved two places from 12th rank to 10th rank this year. Dr R.W. Alexander Jesudasan said the college is going to focus more on research and development in the coming year.

Pfizer in final stages of agreement to supply vaccine doses to India: CEO