New Delhi: In a snub to information and broadcasting minister, Smriti Irani, after a  controversial “fake news” directive, Prime Minister Narendra Modi stepped in and ordered the withdrawal of the order.

The I&B minister’s order to take stringent measures against the journalists including cancellation of their accreditation if they were found generating “fake news” created a major uproar  in the media.

The Opposition parties including Congress also slammed the government for its attempt to “scare and gag” the media. 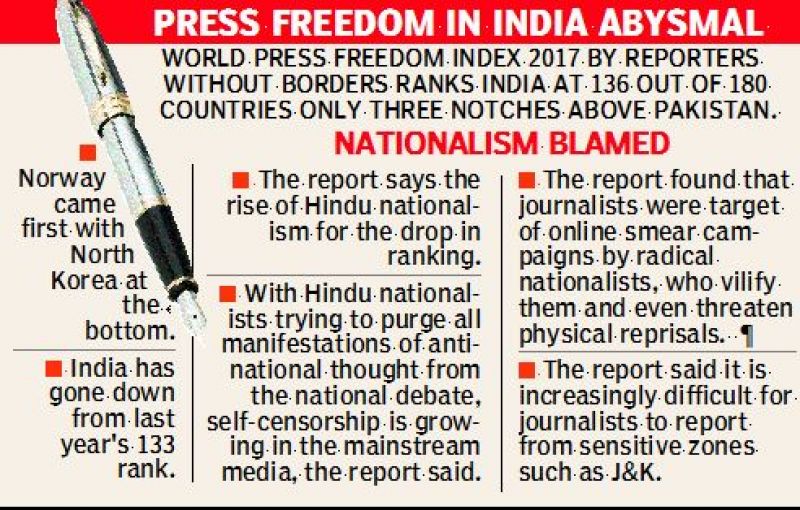 However, hours after the controversial directive by the I&B ministry the PMO stepped in with a view towards damage control and called for its immediate rollback. “PM has directed that the press release regarding fake news be withdrawn and the matter should only be addressed by the Press Council of India,” top PMO sources said.

The Prime Minister was also of the view that the government should not interfere in the matter, sources added.

It is understood that the Prime Minister has asked ministry to let issues related to the media be dealt with by the Press Council of India.

The I&B minister was further embarrassed as the withdrawal decision by the Prime Minister came at a time when Ms Irani was asking for suggestions on Twitter to fight the menace of “fake news” to apparently uphold ethical journalism.

■Centre has no mandate to control press: Press Club of India
■Smriti Irani walked in footsteps of Vasundhara Raje