Rs 4.7 crore cash in new currency seized by Income Tax department in Bengaluru along with Rs 100 and demonetised Rs 500 notes.

Bengaluru: The Anti-Corruption Bureau (ACB) officials have requested information from the Income Tax (IT) department on the raids conducted on the houses of two government officials in the city in the last two days.

During the raids, the IT officials had seized unaccounted cash around Rs 6 crore, out of which Rs 4.5 crore were in newly introduced currencies of Rs 2,000 denomination. In addition to the cash, the department had also found five kilograms of jewellery and also a Lamborghini car.

It is most likely that the ACB would take up a suo motu case against the two officials and launch a separate probe into the case. The IT officials had raided the houses of  S.C.  Jayachandra, Chief Project Officer of Karnataka State Highways Development Project and  Managing Director of Cauvery Neeravari Nigam, T.N. Chikkarayappa. 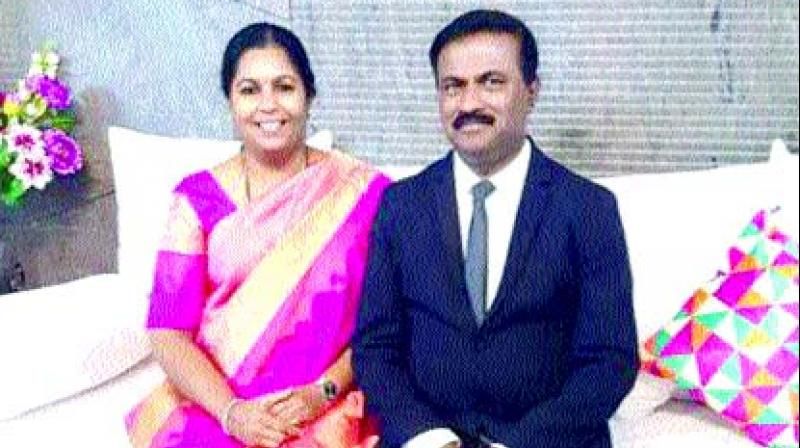 S.C. Jayachandra, one of the two officers, who was raided by the I-T department on Thursday. (Photo: DC)

On Thursday, the ACB wrote to the IT department requesting them to furnish details regarding the raids. IGP of the ACB, M. A. Saleem told Deccan Chronicle, “We have already written to the IT department in this regard. Once they send the report, we will examine the details and then decide the future course of action.”

However, sources said the ACB would soon register a suo motu case once they get the report from the IT department. “Both the officials will be booked under the Prevention of Corruption Act. Based on the report of the IT department, the case will be treated like any disproportionate assets case and an investigation will be launched,” an official said.

It is learnt that it would take a take few days’ time for the IT department to submit the report and only after that the ACB will further pursue the case.

Srisailam dam lifts 10 gates due to heavy inflow of floodwaters

Kidnapper cannot be sentenced for life if he treats victim well: SC