Modi to induct 9 new faces in his Cabinet today; swearing-in at 10:30 am

New Delhi: With all eyes set on the cabinet reshuffle on Sunday, nine new faces are expected to be introduced in Prime Minister Narendra Modi's government.

The new ministers will be taking oath at 10:30 am at the Rashtrapti Bhavan, on Sunday, President Ram Nath Kovind confirmed in a tweet.

Swearing-in ceremony of new ministers of the Union government will take place at 10.30 am on Sunday, September 3, at Rashtrapati Bhavan

Six ministers have resigned ahead of Sunday's re-shuffle. 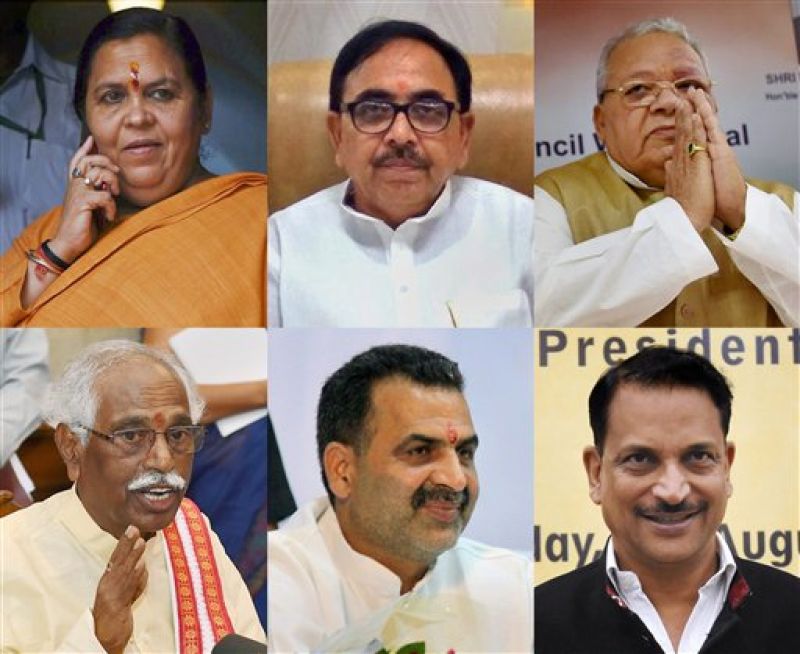 The rejig in the Union Cabinet is the third since 2014 after Narendra Modi took oath as the Prime Minister.

Satyapal Singh one of the nine ministers to be inducted in Modi government said, "I have not been officially informed, but whatever is party and PM's decision I am ready for it."

The current strength of the council of ministers, including the Prime Minister, is 73 and the maximum number of ministers cannot go beyond 81.

According to a constitutional amendment, the limit cannot exceed beyond 15 per cent of the total strength of the Lok Sabha which is 545.