VELLORE/ CHENNAI: Fine-tuning his criticism of ‘dynastic politics’, Chief Minister Edappadi K. Palaniswami on Friday said while there was 'nothing wrong' in sons and daughters of politicians entering politics and public life, it is "inheriting the leadership mantle" that was totally unacceptable. 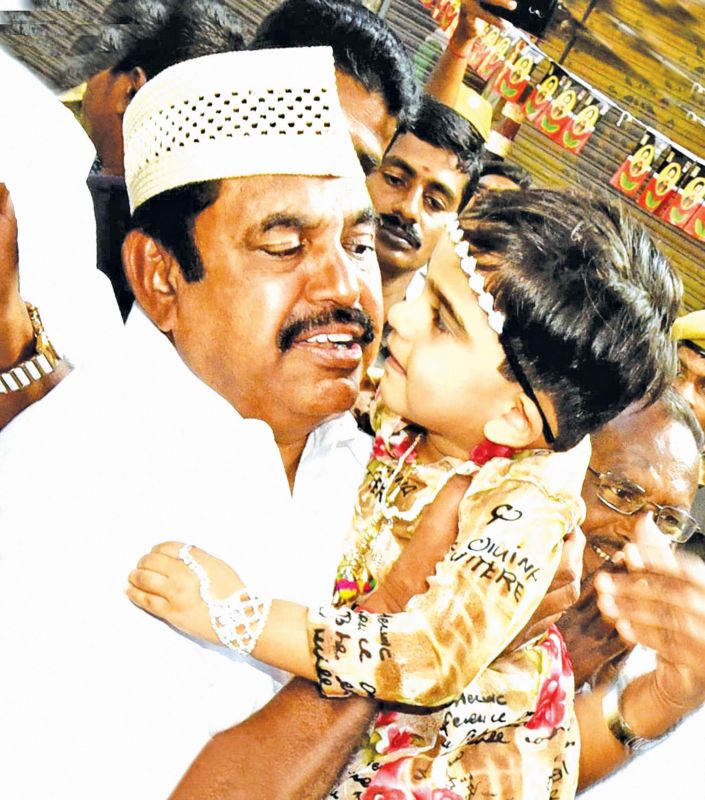 Palaniswami, who began his second phase electioneering for the August 5 Vellore Lok Sabha polls, for NJP candidate A C Shanmugam at Anaicut in the district, alleged that Udayanidhi Stalin, who recently took over as DMK's youth wing secretary, was being projected in cinema field only to take over the leadership mantle from  Stalin at a suitable date later. "This is dynastic politics," asserted Palaniswami, adding, the DMK leader will not succeed in toppling the AIADMK regime despite making several attempts to that end.

Palaniswami, who in speeches including at road-side meetings, stressed more on the AIADMK government's performance, said under the 'Kudimaramathu' scheme to rejuvenate water bodies in the state, Rs.500 crore has been allotted for this year to desilt 1,829 lakes. All tanks and water bodies in the state will be de-silted in phases and the 'Vandal Mann (top soil)' given free to farmers for use as organic manure.

He assured to consider revision in milk procurement price as demanded by dairy farmers after the Vellore LS election was over. Similarly, the government would examine the demand for bifurcation of Vellore district, he said, adding, all big districts were being divided for administrative convenience.

On release of convict prisoners who have already spent respective their jail terms in prison, Palaniswami said a "good decision" on releasing all such prisoners will be taken before September 15, 2019, birth anniversary of C.N. Annadurai.

Hyderabad: Not radicals, we follow the Constitution, claims PFI

Karnataka Cabinet expansion not likely to happen before January 23

Omar Abdullah to be shifted from Hari Nivas