Chennai: One year old crushed to death in freak accident

The water tanker responsible for the mishap. (Photo: DC)

Chennai: In a freak accident, a one-year-old boy died and his mother suffered severe injuries when the two-wheeler on which they were riding pillion was knocked down by a speeding water tanker at Pammal, Pallavaram, on Friday morning.

The baby was identified as Sarvesh, son of Raja (36), a plumber of Thiruvallur Nagar in Chennai Kundrathur. Sources said that Raja was riding the two-wheeler while his wife Sindhu (30) and his second child Sarvesh were riding pillion.  The couple's two-year-old daughter Kanishka was standing in front of her father.

According to police, the family had gone to the Pammal municipality office to register Aadhaar details of the children. After this, at around 12 noon when they  were riding on Anakaputhur-Pallavaram main road, a speeding water truck heading towards Pallavaram, tried to overtake the two-wheeler. The tanker knocked the right side of the slowly moving bike.

Police said that Raja and Kanisha fell on the platform and escaped without  injury, while Sarvesh and Sindhu fell on the road and came under the wheels of the tanker. Sarvesh was crushed to death on the spot and Sindhu sustained severe injuries on her hip and head. 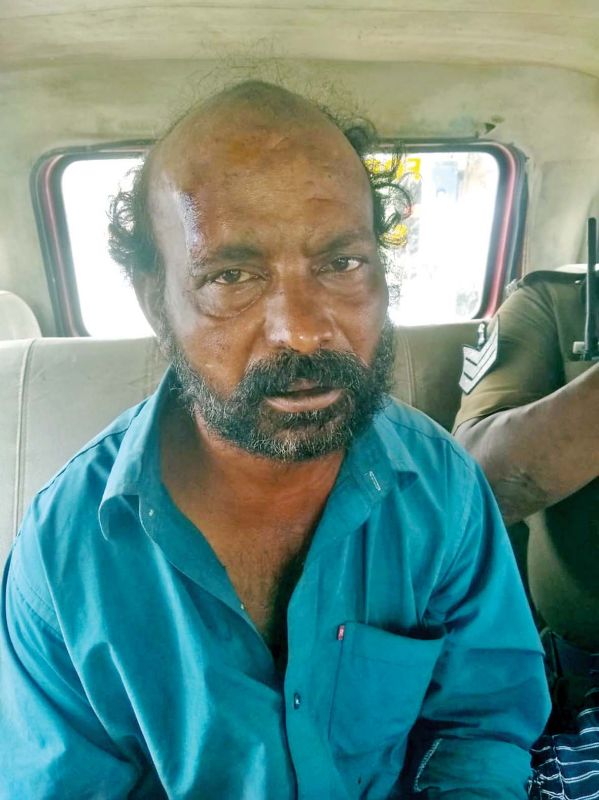 The driver of the water tanker parked his vehicle a few meters away from the accident spot and fled. However, angry locals and passerby nabbed and attacked him. The driver, R.Govindaswamy, a native of Chengam in Thiruvannamalai collapsed after being attacked by people. Shankar Nagar police who came to the spot rescued him from the mob and sent him to a private hospital. Local sources said that the ambulance arrived at the spot after an hour.

Sindhu was taken to a private hospital in Chromepet. The body of the baby lay on the accident spot for more than one and a half-hour since the vehicle to take the body to the GH did not arrive. Shankar Nagar police took the body in the patrol jeep and sent it to the Chrompet government hospital for post-mortem.

Residents also staged a protest at the spot demanding that the Pammal-Pallavaram main road be broadened. Chromepet traffic investigation police registered a case and booked the driver on charges of rash and negligent driving. Further investigations are on.

India covid tally 17.5 lakh, up one lakh in two days